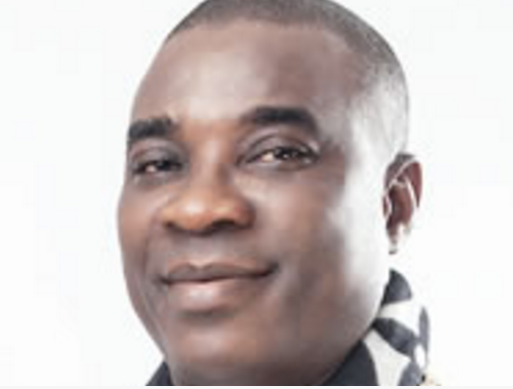 The ripple effect of a statement made by veteran fuji musician, King Wasiu Ayinde Marshal, is still ongoing and it has left many fuji lovers in shock. The fuji singer fondly called KWAM 1 who was once an apprentice under the progenitor of fuji music, late Alhaji Sikiru Ayinde Barrister, at a recent event held in Lagos said that the word ‘fuji’ originated from Lagos Island, from sayings such as ‘faaji’, ‘fuji’ and buruji.

Although he gave credit to his late boss for his immense contribution to the growth of the genre of music, he claimed that fuji had been in existence before Barrister began his music career. A statement that did not go down well with many fuji lovers and singers.

In a chat with Saturday Beats, one of Barrister’s sons, Samsudeen Balogun, said that he was at the event when KWAM 1 made the statement and he was shocked at his remark. He added that he never expected that KWAM 1 would make such a statement because his father loved him more than his biological children and was very proud of his achievements before his death.

“I was present at the event where KWAM 1 made the statement that Barrister is not the originator of fuji music during a programme organised by an alcoholic drink in Airport Hotel. He was invited to talk about how fuji music affects the society. I was at the event even though that was not my aim of being at that premises. When he got there, he did not see me because I was in the crowd and I did not rush to greet him. When he began to make those statements, I was so surprised. He said that the name fuji was not derived from any mountain anywhere and it had been played before Dr. Sikiru Ayinde Barrister, I was so shocked. I could not believe he was the one talking. It was like a dream. When he said it that day, I was very upset and shortly after the programme, I was interviewed, the clip is on YouTube. I debunked all that he said because I had asked my father this same question so many times and he confirmed to me that he got the inspiration of fuji music from Mount Fuji in Japan which signifies love and peace. My father told me that since his music signifies love and peace, he adopted that name. My father did not only tell me this, he had said it so many times and there are numerous interviews online where he was talking about it. I could not believe that Alhaji Wasiu could talk the way he did that day. I do not know what anybody stands to gain from what he is doing. It is so unfortunate because he is a man that I love,” he said.

“If KWAM 1 said that he was the one that single-handedly buried Alhaji Sikiru Ayinde Barrister, I don’t know what he means by that because I know that it was the Lagos State government that buried him. In fact, from the time he was sick till his death, it was the state government that took care of everything. The money that was used to bury him was given to Alhaji Buhari Oloto by the state government and they made sure that they spent the money judiciously. It was in my presence that they received the money and Alhaji Buhari Oloto spent the money the right way because he was the head of the committee. KWAM 1 was taking orders from Alhaji Buhari Oloto. So where he got his own story from, I do not know. I do not know what is happening in his mind but the question on our lips is that what does he stand to gain with all these things that he is saying? We don’t really understand,” he said.

“Personally, KWAM 1 is like a father to me; we were very close but not anymore. We used to talk on several issues and he always gave me advice. In fact, when my father was alive, he always asked me why I was so close to KWAM 1 but I just like him because of the way he does his things but since my father died, I do not understand him anymore, he has really changed and I do not know him anymore. He is the only one that knows why he is making the statements he has been making recently. It is Lagos State government that buried my father and the whole family knows it and we are very grateful for that.

“I don’t know if anything transpired personally between KWAM 1 and my father; all I know is that he only visited our father once while he was in the hospital in Havana Hospital and he never showed up again. I don’t know if anything happened but I am just saying what I know. It was not until our father died that we saw him again. My father always saw KWAM 1 as his own son; he loved KWAM 1 even more than his children and he always used to boast about KWAM 1 that he was his achievement in fuji music. My father was very proud of him and loved him a lot. Nothing could have transpired between them. We don’t know what is going on now,” he said.

Balogun further hinted that to his surprise, it is very difficult for the family to get a hold of KWAM 1 despite all their father had done for him. He said it was as if the singer was avoiding their family.

“Right now, it is very difficult to get a hold of KWAM 1. If we get to his office, we would not see him and even if we leave a message, he would not reply. Ijebu is not somewhere you can just go to unannounced except if one is invited. If we send him a text message, he does not reply and he does not communicate with our family anymore. Since I have noticed all these changes, I have deduced that it seems he does not want to have anything to do with our family anymore. He was the one that brought the idea of burying our father inside the house, he went to the state government with the idea and tabled it before the committee and after much deliberation, they agreed that it was a good idea. We thought he was going to follow it up but he did not. He is no longer forthcoming, so we decided to leave him alone. Our father’s name is enough for the family to move forward in life. We don’t need KWAM 1 to move on in life, some people still see Barrister as a mini-god. We see him as our big brother and father but he is not seeing us that way again. I don’t know what he has in mind or probably he read something that polluted his mind but we are not bothered. There is no fight between us. In fact, when three of his daughters wanted to get married on the same day, my brothers and I were there for seven days to represent our family and we prayed with him,” he said.

So far, other fuji singers have waded in to set the record straight. An iconic fuji singer, Iyanda Sawaba, in a video posted on the internet was quick to say that the late Sikiru Ayinde Barrister is the founder of fuji music. He cautioned KWAM 1 by telling him to remember that whatever he does to his boss would also be done to him.

“Ayinde Barrister is the creator of fuji music and no one can dispute that. KWAM 1 should help preserve the legacy of his late boss, not scatter it. He should remember that the dead can also fight and he should be careful because what goes around comes around,” he said.