A 10-year-old rape victim in India will soon undergo an abortion even though she is past the point in her pregnancy in which to legally terminate it, the hospital treating her said Wednesday.

The Post Graduate Institute of Medical Sciences, in the northern state of Haryana, decided the abortion should be carried out after a local court said a panel of doctors should make the final call.

The girl, who became pregnant five months ago, alleged that her stepfather raped her several times. He has been arrested.

When she was brought to the hospital complaining of pain in her legs and abdomen, it was found that she was between 18 to 22 months pregnant.

The hospital approached a local court to allow an exception to perform an abortion as Indian law prohibits medical termination of pregnancies after 20 weeks except when the mother’s life is at risk.

The court left it to the doctors to decide what was best for the girl.

“A panel of specialists thought it would be equally risky for the child to undergo full pregnancy and delivery as an abortion,” hospital spokesman Ashok Chauhan said.

Sexual abuse of children is rampant in India.

A total of 10,854 cases of rapes of children were reported in 2015, but activists say that many more likely went unreported.

In most cases the assaulter is known to the victim. 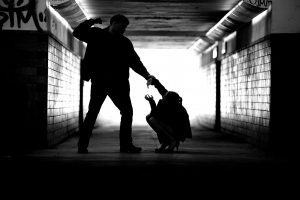