The young boy whose picture appears below left, needs serious assistance in locating his Nigerian Father, 18-year-old Benjamin Ademola Fashola (born and lives in USA) is seriously in search of his father. . His father (Yinka Fashola) was involved in some criminal activities in US (California) many years ago when Benjamin was still very little. After a while he (the father) was deported back to Nigeria. . 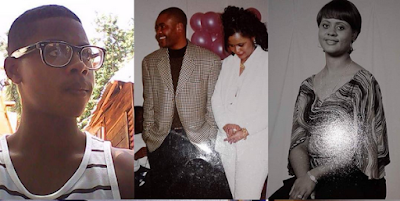 Later the mother who was an Haitian American (Dorathy by name) died. Now Benjamin is 18 years old and lives with his aunt in the US, but does not know his biological father. The last he heard was that his father lives in Lagos Nigeria after he was deported.