25 private investors yet to erect structures for refineries – FG 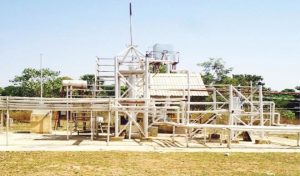 The Federal government has announced that most investors who obtained licences to operate private refineries over 10 years ago from the Department of Petroleum Resources have not invested anything or constructed visible structures in any part of the country, officials of the DPR said on Saturday.

According to DPR officials, this is one of the major reasons why the Federal Government on Wednesday announced that it would revoke licences given to individuals and corporate organisations to operate private refineries.

It was gathered that about 25 private investors, who got licences from the DPR, had yet to meet the agency’s first permitting process and were still far away from meeting the construction phase of the department’s guideline.

The officials, however, declined to state the names of some of the investors who may have their licences withdrawn, as they explained that the government had yet to specifically confirm the licence holders to be affected.

The Federal Government had granted licences to some private firms in 2007 to build refineries, but only Aliko Dangote has commenced work and his facility is scheduled for completion by 2019.

Senior officials of the DPR and the Nigerian National Petroleum Corporation stated that virtually all guidelines that were given the investors when they got the licences had not been met.

When asked to state the amount of investment that would be lost if the licences are withdrawn by government, an official of the DPR, who spoke to our correspondent on condition of anonymity, said, “The investors have been idle all these years and one can’t really quantify or say if they’ve made investments that are worth quantifying.”

The source further said, “What most of them have is the licence and that is why they are under consideration for revocation. They’ve had the licences, but have done little or nothing to justify the issuance of these licences. That is why government is considering the action of revoking their licences.

“Normally, when you approach the DPR for a licence, part of the guideline is to specify work progress on a milestone basis. The permitting process is in three stages. First is the licence to establish, followed by the approval to construct and the licence to operate.

“But if you’ve not done anything, then it means there will be no feasibility of you meeting the other milestones. So, on the basis of that, there could be recommendation on the part of the DPR to the office of the minister for that licence to be revoked.”

Another official of the department, however, noted that government policy was tilting towards encouraging a lot of investments in the area of petroleum products’ refining.

He added that it would be counter-productive for the same government to start revoking the licences of entities that were showing promise.

“Apart from 2012 when bulk licences were issued, between 2007 and 2014, a series of licences were given out and so I wouldn’t know which category of companies the minister was talking about,” the official said.

The DPR official stated that the government would not mind involving foreign investors when re-issuing licences, but emphasised that Nigerian content and local entities with proven abilities would always get priority.

On the number of licences so far issued to private individuals by the DPR, the official said, “About 31 licences, this may not be the exact figure but it is within that range.”

The Minister of State for Petroleum Resources, Ibe Kachikwu, announced last week that he had spoken with the DPR to withdraw the licences of some private refineries, but he did not give details as to why these licences will be revoked.

President Muhammadu Buhari has stated that the closure of land borders in Nigeria is to strengthen the country's security and economic. Speaking via a statement...
Read more

Former lawmaker, Shehu Sanni has debunked reports that say he pleaded with officials of the EFCC after he was presented with 13 audio evidence...
Read more