The Chairman, Kano State Public Complaints and Anti-Corruption Commission, Mr. Muhuyi Magaji, says the agency has achieved 80 per cent success into the investigation of alleged misapplication of N6bn by the Kano Emirate Council. 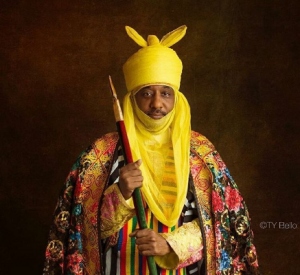 Magaji told the News Agency of Nigeria on Monday in Abuja that the commission had also recorded a “water tight case against the emirate council’’ over the allegations of financial misappropriation.

“We have also identified our primary suspect in the course of the investigation,’’ he said, but declined to name the suspect,” he said.

However, he said that the commission suspended the probe to avoid a “crisis of concurrent investigation with the state House of Assembly and possible litigation by interested parties.”

The chairman explained that the state legislature had taken over the case by constituting an eight-man committee to conduct a similar probe when the commission was on top of the situation.

According to him, Section 16 of the law establishing the commission barred it from conducting further investigation into any matter pending before the state House of Assembly and the courts.

Magaji cited the case of Rabiu Salisu and others before the Federal Court of Appeal in suit No: K/37/2016, and suit No: K/M/728/2015, involving Rabiu Ibrahim & Co financial institutions Vs the anti-graft agency to buttress the need for the suspension.

He added that the commission had found out that “all the monies allegedly spent were not appropriated for contrary to the Kano State Emirate Council Law 2004.”

The law required the council to prepare annual budgets and submit same for appropriation by the legislature.

“But our findings from the Ministry of Budget and Planning confirmed that the emirate council has an annual overheads of N15m and no capital allocation even under Emir Sanusi,’’ said the chairman.

Meanwhile, he said that the commission had written the House of Assembly on the matter and would stay further action pending the response of the legislature.

He, therefore, urged the public to appreciate the legal and extraneous constraints of the commission in suspending investigation into the alleged financial irregularities committed by the emirate council.