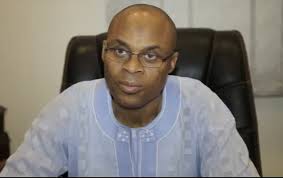 The authorities of the Lagos State University, Ojo, were thrown into mourning following the death of Prof. Abubakar Momoh, the Director-General of the Independent National Electoral Commission (INEC) Electoral Institute, in Abuja.

Momoh reportedly died on Monday, at about 9:00 a.m. in his official residence in Abuja, and was buried at Auchi, Edo State, his hometown, on the same day, according to Islamic rites.

Before his appointment as DG of the INEC electoral institute, Momoh was a lecturer in Political Science, and dean, faculty of the Social Sciences at LASU.

According to a press statement signed by Mr Ademola Adekoya, Head, Centre for Information, LASU, “Prof. Momoh’s death is a huge loss and that the entire university community is deeply saddened by his demise.

“The Vice Chancellor, Prof. Olanrewaju Fagbohun, on behalf of the Council, Senate, University Management and the entire students commiserates with the entire family of Prof. Momoh.

“The Vice Chancellor described the death as a huge loss and that the whole University Community is deeply saddened by the demise of the renowned Professor of Political Science.’’

He obtained his PhD in Political Theory and started his lecturing career in 1988. He has served on various Boards and scientific committees, including those of the Centre for Democracy and Development (CDD), and the Council for the Development of Social Science Research in Africa (CODESRIA).

Momoh was Vice President of the African Association of Political Science (AAPS), and National Treasurer, the Academic Staff Union of Universities (ASUU), 1991-1995.

He has also served on several government technical committees including being a member and coordinator of “Foreign Policy” Subcommittee of Federal Republic of Nigeria “Vision 20:20’’ Technical Committee; member of the team that drafted the policy on “Peace Support Operations (PSOS), for the Federal Government.

He has also served as Election Observer to several African countries on behalf of ECOWAS and the African Union, as well as to some European countries.

Momoh, who lost his father earlier in the year, is survived by a wife and a son.