Influential politician and chieftain of ruling All Progressives Congress (APC), Atiku Abubakar, who is set to bid for the presidential seat at Aso Rock in 2019, has called for the abolition of the 36-state structure, as he declares many of them unviable 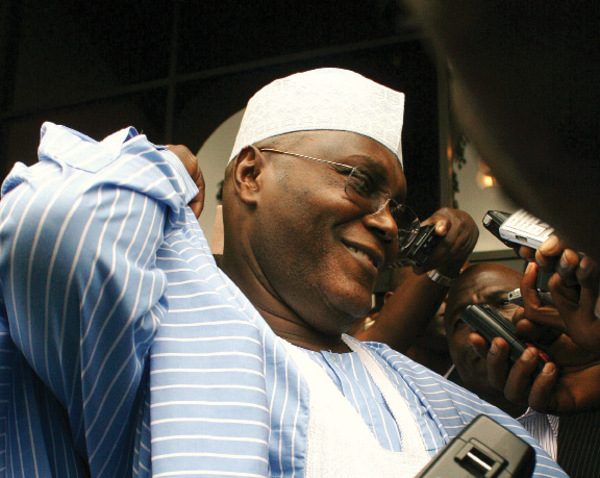 Speaking while accepting the Hero of Nigeria Democracy Award conferred on him by Hall of Grace Magazine in Lagos on Sunday, former Nigerian Vice President, Atiku Abubakar, suggested the use of the nation’s six geo-political zones as federating units rather than the current 36-state structure, many of which he declared unviable.
“We must be open to changing the nature of the federating units, such as using the existing geo-political zones as federating units rather than the current 36 states, of which only a few are financially viable,” he said.
According to Vanguard, in a paper entitled, “Building a nation that works: My Diary and Way Forward”, the former vice president, however, added that political decentralization must be accompanied by economic diversification.
He said: “We need to diversify our economy away from the dependence on oil. We need to create opportunities for our people to engage in diverse economic activities which governments will then tax for revenues.
“But we can’t do that efficiently and effectively without accurate data. I have in the past called for an end to the self-defeating politics we play with census in the country.
“With all the data gathering and analytic tools in existence in the 21st century, we have no good reason not to have accurate data on our people, down to the smallest unit, the individual.
“Without data, we cannot plan properly and all of us will lose, including those who try to inflate their population figures and those who want to suppress those of others.
“Political decentralization will also help to deepen and strengthen our democracy as it will encourage more accountability. Citizens are more likely to demand accountability when governments spend their tax money rather than rent collected from an impersonal source.”
Abubakar also asked the nation to stop digging its grave, if it must get out of the woods, saying: “There is a saying that if you want to get out of a hole you dug yourself in you first stop digging.”