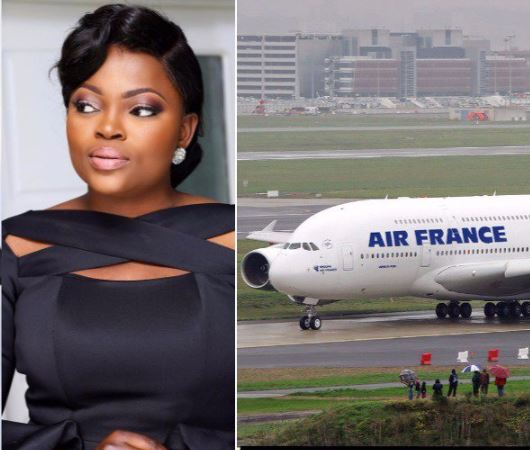 Nollywood Actress, Funke Akindele a.k.a Jenifa, has taken to her Twitter to call out Airfrance accusing them of losing her bag and in Paris, and promising to get it back in 24hours. According to her, it’s been two days already and they’ve still been giving her excuses.

She further disclosed that she had to buy new clothes, while waiting for her bag to be delivered. 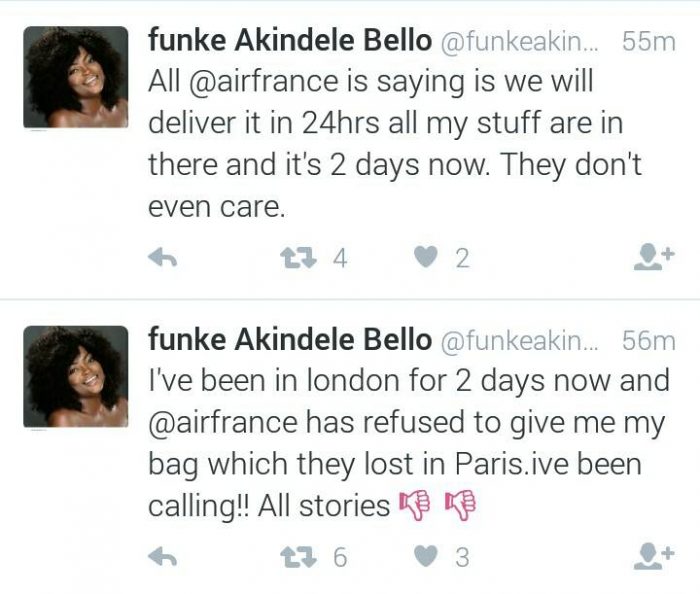 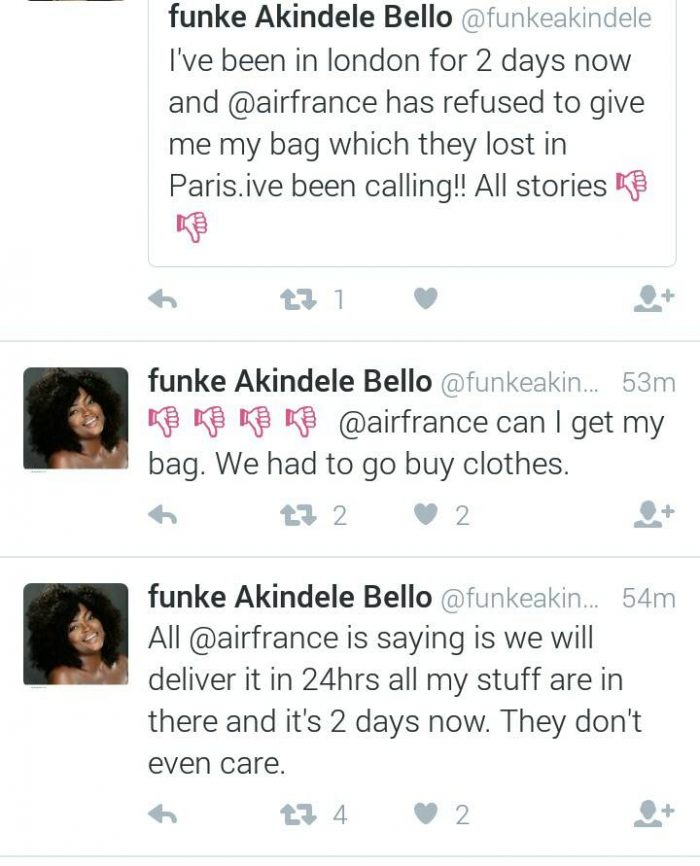 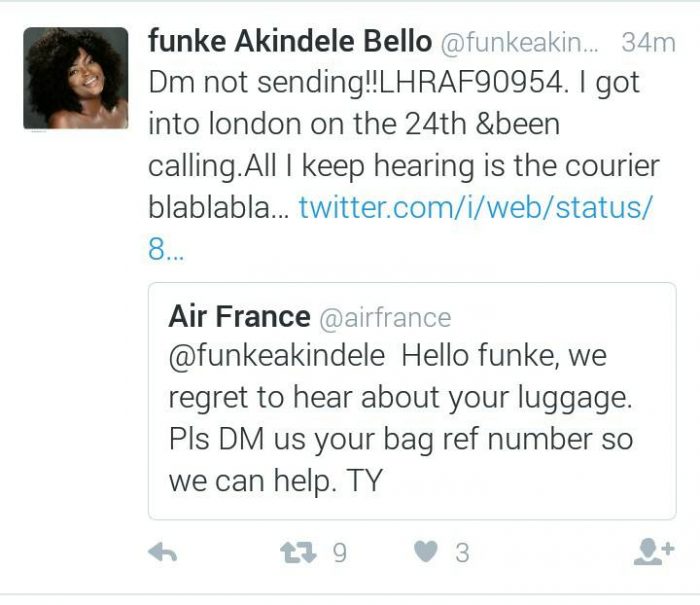 The airline has however replied her, telling her her bag is now with the courier and will be delivered soon. 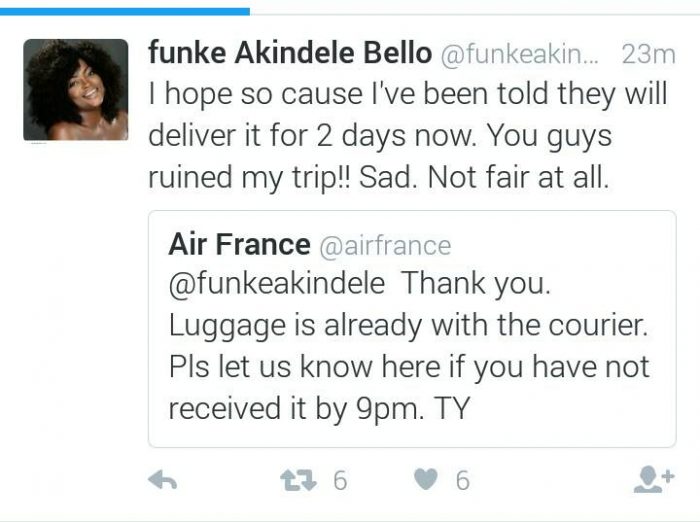