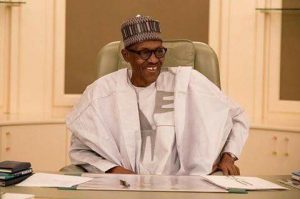 The Pro-Democracy and Good Governance Group on Saturday issued a 14-day ultimatum to President Muhammadu Buhari to address the nation on his health status, noting that its members would be forced to embark on a nationwide protest if the President failed to do so.

This was stated by the convener of the group and a former Head of Online Media, Peoples Democratic Party, Mr. Deji Adeyanju.

Adeyanju said Section 144 of the constitution empowered the Federal Executive Council or the National Assembly to set up a fact-finding committee on the president’s health, should the president fail to speak by himself.

He said, “For several weeks, the health of President Muhammadu Buhari has been subjected to a series of speculation. The handling of the situation relating to President Buhari’s health has led to a lot of political uncertainty in the country.

“To this end, we call on President Buhari to, as a matter of urgency, publicly address the nation on the state of his health and other national issues.”

However, a pressure group of 40 civil rights movements, Coalition of Civil Society Organisations for Good Governance, has alleged that some prominent Nigerians have been orchestrating a ‘civilian coup’ to remove Buhari from power, under the guise of ill-health.

The coalition said that no organ of state is currently suffering directly or indirectly as a result of Buhari’s health, adding that able appointees of the President were running the various offices they have been entrusted with successfully.

According to CCSOGG, nobody should force the President out of power, since he has not declared himself unfit to lead the country.

They described the calls for Buhari’s resignation as a distraction.