Home News Feed If Anything Happens to Buhari, North Will Insist on Two Terms in...
Facebook
Twitter
WhatsApp
A Northern political elite has revealed that if Buhari fails to complete his tenure as President due to ill health, the North will insist on ruling the country in 2019. 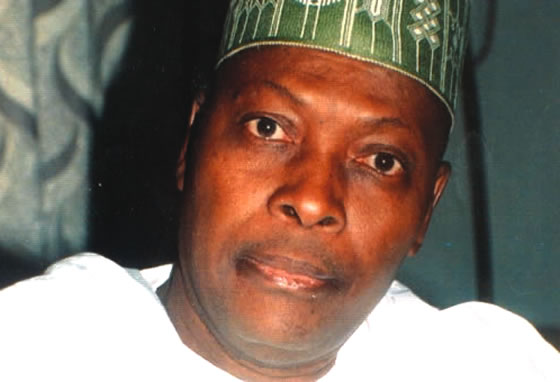 A former Second Republic House of Representatives member, Juniad Muhammed has sounded a note of warning saying that if President Muhammadu Buhari fails to complete his tenure as President due to ill health, the North will insist on another two terms in 2019.
The politician made the controversial remark while speaking in an interview with Punch. He also frowned at the current zoning system in the All Progressives Congress claiming that it doesn’t serve a good purpose.
He said: “The zoning in the Peoples Democratic Party has not worked. Now it is trending in the All Progressives Congress. It is either we fix it or ship it out altogether. If that is not done, then you have to go back and redress it by saying that in the course of zoning and rotation, (Umaru) Yar’Adua died in office.
“The years he ought to have spent in office were not compensated for. Those who are claiming that Yar’Adua was theirs or that he came from their region did not get the compensation that was due to them.
“We are now having a situation whereby Buhari is sick – whether he resigns or God forbid, something else happens, we are going to have the balance of Buhari’s years taken over by someone else from outside the zone Buhari comes from. What are we going to do? Are we going to say okay, nothing has happened, let’s carry on?
“They invoked the so-called Doctrine of Necessity and carried on. Whereas you can ignore agitations from people who didn’t win an election, you cannot ignore agitations from people who won an election. I have no doubt in my mind that Buhari won an election.
“What he has done with the mandate is another matter and I have been very critical about what has been happening.
“But the fact of the matter is, those who see Buhari as their representative and are not being treated justly are going to claim their own rights and the only way you are going to resolve the issue is that after Buhari’s administration, you have it zoned to a certain part of the country for eight to 10 years.

“Whether this makes sense in a democracy or not is beside the point, because I don’t support zoning and rotation.
“You should ask those who support it and see whether they can continue with the system.”