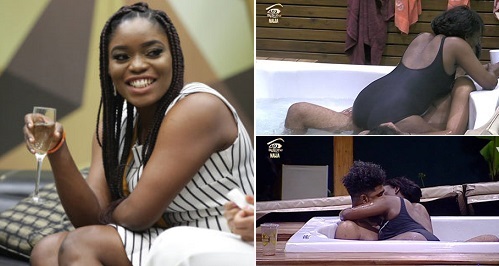 Bisola Aiyeola has called out those criticizing the Big Brother Naija Show, and tagged them as “Hypocrites”. In a chat with Soundcity FM, she said:

“A lot of people are hypocrites. Even if Big Brother Naija was not on the air, It wouldn’t change the fact that people still do terrible things in the world,” she said.

“It would not change anything.

“Big Brother taught me a lot. It made me a stronger person

“People who didn’t even watch the show had their own perception of it. You cannot please everybody because even religious shows get criticised.”

Recall, while the show was still on, many “Nigerians” called on the National Broadcasting Commission (NBC) to halt the show from airing as it was promoting immorality, some even had to file court cases just for the show to be put on hold.

Bisola also spoke on her relationship with ThinTallTony, she said:

“There’s no bad blood. I wouldn’t have played so much with him if I knew he was married”