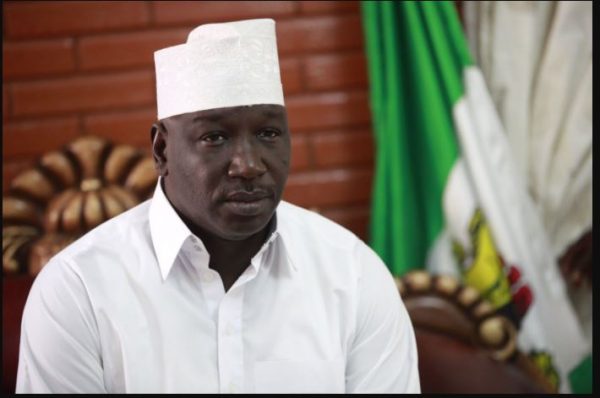 The man behind the release of all 82 women captured by militant Islamist group Boko Haram has declared that none of the released girls were defiled nor touched by the dreaded terrorist group. Only After The Girls “AGREED” To Marry Them

Zannah Mustapha speaking to BBC’s Adaobi Tricia Nwaubani in an interview revealed that it was only after the women “agreed” to get married that the militants had s*xual relations with them and that before the kidnapping of Chibok girls government and his organisation was already trying to negotiate peace with Boko Haram.

The 57-year-old Mustapha said when he arrived for the handover of the 82 Chibok girls freed from Boko Haram after three years in captivity, a militant read out the girls’ names from a list. One by one, the abducted schoolgirls, now women, lined up along the outskirts of a forest near Kumshe town, on the border between Nigeria and Cameroon. Each of them was covered from head to ankle in a dark-coloured hijab.

“I went ahead of the Red Cross. They [the militants] brought the girls to me,” said Mr Mustapha, the lawyer from Borno state in north-east Nigeria. He has been mediating between the government and militants for the release of the Chibok girls and for an end to the Boko Haram insurgency.

In 2015, President Muhammadu Buhari told the media that his government was willing to negotiate with “credible” leaders of Boko Haram for the release of the girls. More than 200 of them were abducted a year earlier from the north-eastern town of Chibok, sparking global outrage.

Previous attempts had failed, with different groups coming forward, each claiming to be the militants in possession of the missing schoolgirls. It was Mr Mustapha who succeeded in convincing the Nigerian authorities that this particular group should be taken for what they say, presidential spokesman Garba Shehu told me.

“He had dealt with them in the past and they keep to their word,” he said. Mr Mustapha’s role as a mediator dates back to his founding the Future Prowess Islamic Foundation School in 2007, to provide free Islamic-based education to orphans and the poor. When the Boko Haram insurgency erupted in 2009, the school offered admission to the children of soldiers and government officials killed by the militants, as well as those of militants killed by the state. Mr Mustapha then sought the assistance of the International Committee of the Red Cross (ICRC), which began providing free meals to the pupils. He also encouraged parents to form an association which would reach out to other widows and convince them to send their children to his school. The ICRC soon extended its humanitarian services to the mothers, providing them free food and other items every month.

“This was at a time when the wives of Boko Haram militants were being arrested and their houses demolished, so Boko Haram saw me and the ICRC as neutral parties,” Mr Mustapha said.

During the previous government of President Goodluck Jonathan, former President Olusegun Obasanjo visited Maiduguri, the epicentre of the insurgency, to intervene in the escalating crisis. He then set up a group to discuss peace with Boko Haram. Mr Mustapha was included in it because of the relationship he had forged with the families of Boko Haram militants. After the Swiss ambassador to Nigeria paid a visit to the Future Prowess school in 2012, he arranged for Mr Mustapha to go to Zurich and Geneva to receive formal training as a mediator.

“We were already trying to negotiate peace with Boko Haram before the Chibok girls were kidnapped,” Mr Mustapha said. The initial negotiation was for a batch of 20 Chibok girls to be released. But, as a sign of commitment to their relationship, Boko Haram added an extra woman, whom Mr Mustapha said was their gift to him, hence the number 21.

When they were released in October 2016, she was chosen by Boko Haram to read out the names of the other 20 women from a list. Mr Mustapha said the 21 women were lined up and asked by Boko Haram militants if they had been defiled.

They all said they were not. When a militant approached a woman who was carrying a baby, she said that she was pregnant at the time of her abduction, having got married a few weeks earlier.

The baby girl in her arms, she said, was her husband’s child. For some reason, Boko Haram, a group that has cultivated a reputation for brutality, wanted it to be known that it was only after the women “agreed” to get married that the militants had s*xual relations with them. This process of lining up the women, pointing at each one and asking the same question, was repeated at the beginning of May when 82 more women were released. One of about seven Boko Haram militants, who accompanied them, went from woman to woman asking: “Throughout the time you were with us, did anyone r*pe you or touch you?” Mr Mustapha said, adding that each of them replied in the negative. None of the second batch of 82 captives came with a child.

But one had an amputated limb and was walking with crutches, an injury she sustained, according to what Mr Mustapha was told, during Nigerian military air strikes against Boko Haram. ‘They all ran’ “You are free today,” Mr Mustapha announced to the 82 women after all the names were called out. “They all smiled,” he said.

He believes that their subdued reaction was as a result of the presence of the militants, all armed with guns, some wearing army camouflage uniforms and boots. Mr Mustapha then took some photographs with the women. The militants also had their video camera on hand and recorded the event. ICRC vehicles eventually arrived. “When I told them to go to the cars, they all ran,” Mr Mustapha said. “Immediately they entered the vehicles, they started singing for joy. Some shed tears.”

Mr Mustapha has received a number of accolades for his work with Future Prowess School. He was a finalist for the 2016 Robert Burns humanitarian award, given to those who have “saved, improved or enriched the lives of others or society as a whole, through self-sacrifice, selfless service, hands-on charitable or volunteer work, or other acts”. He was also given a 2017 Aurora Prize Modern Day Hero award, for those whose “life and actions guarantee the safe existence of others”. However, he described handing over the 82 freed girls to the Nigerian government as “the highest point in my life”. 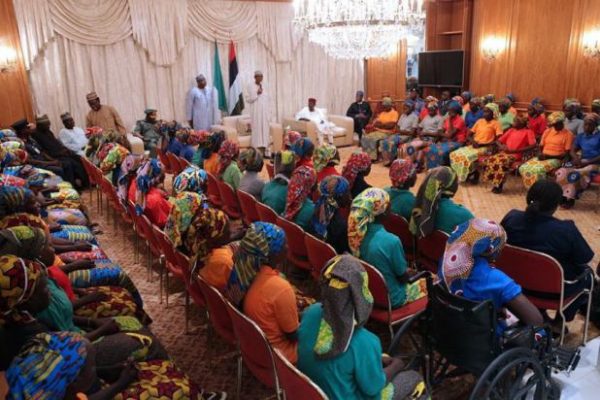