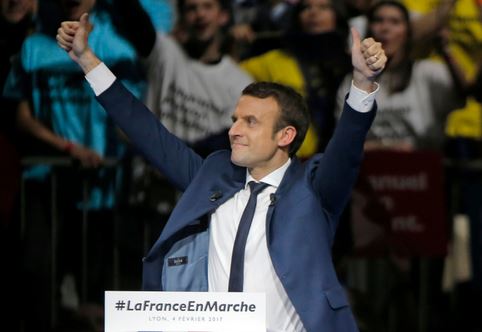 This puts a 39-year-old political novice at the helm of one of the world’s biggest economies and slowing a global populist wave.

If confirmed, Le Pen’s showing would nonetheless be stronger than her National Front party has seen in its 45-year history.

The projections are based on vote counts in selected constituencies, then extrapolated nationwide.

Macron would be the youngest French president ever.

But Le Pen’s projected showing, unusually low turnout and the record number of blank ballots are an indication of the headwinds facing Macron, a former economy minister who started his own political movement only a year.