CBN to sell dollars to settle backlog of demand

The Central Bank of Nigeria is planning to sell an undisclosed amount of dollars to settle a backlog of foreign exchange demand for airlines, fuel and raw material importers.

Foreign exchange traders said the CBN had asked commercial banks to submit bids for dollars to cover the previously unmet demand for hard currency for specific sectors as it tried to improve dollar liquidity and ease pressure on the naira.

The sale was meant to be carried out on Tuesday.

“Banks shall not allocate funds for customers’ Letters of Credit – that have already benefited from past special market intervention sales that are yet to mature,” the central bank was quoted as saying in a circular according to a Reuters report.

Africa’s largest economy, grappling with a currency crisis brought by low oil prices, which have hammered its foreign reserves and created chronic dollar shortages, has resorted to regular injection of dollars by the central bank to narrow the spread between the official and black market rates.

The CBN has sold more than $4bn to various sectors of the economy since it started intervening in the official market in February.

Currency traders said this had increased liquidity and helped to ease pressure on the naira, Reuters reported.

The naira was quoted at 381.31 per dollar at the investor window on Tuesday, according to the market regulator FMDQ OTC Securities Exchange.

Commercial lenders were yet to put up a quote on the official interbank market by 1216 GMT, but the naira closed at 305.25 a dollar on Monday on the market, while it was quoted at 381 a dollar on the black market.

The naira has firmed on the black market from its record low of 520 to the dollar in February, before the CBN’s intervention in the forex market. 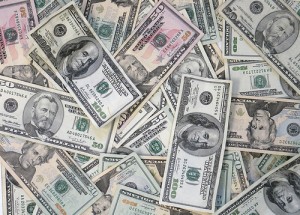 Bello Shagari, grandson of former President Shehu Shagari, has cautioned Nigerians calling for the breakup of the country and Nigerians have reacted. In a twitter...
Read more

Popular Instagram big boy, Ismaila Mustapha popularly known as Mompha has taken to his Instagram story to slam people who criticized him for appearing...
Read more

The federal government and southwest governors have reached an agreement to draw up a legal framework for the Western Security Network code-named: Amotekun. This was...
Read more
- Advertisement -