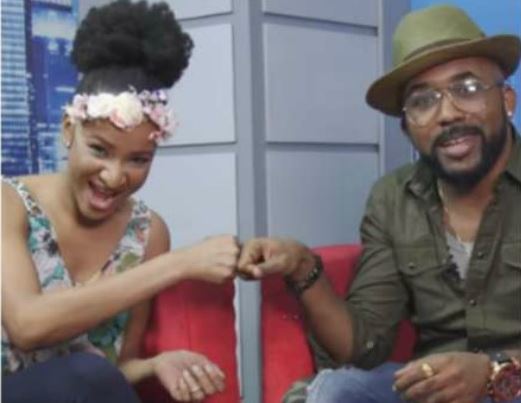 Actress Adesua Etomi and singer Banky W really did their best in keeping their relationship off the public and they won!.

So, I just went back to revisit the birthday post she made for him on the 27th of March, and I just realized that no clue was given! She just sent it like a normal birthday post even though they were already engaged.

The first underlined words got me wondering if that was the first words Banky W used when he slid into her DM. Remember she said;

“He slid into my DM and sent the funniest message and that was how we became friend[/b]s[b]. ” and he said;

“Now I personally don’t like being “hooked up”, so I decided to approach you myself[b] by sliding into your DM[/b] a few days later. Introduced myself, made some silly attempts to make you laugh“. Afro-fusion artiste, Burna Boy set the ball rolling as he performed live with his crew at the Grammys' reception ahead of the ceremony. The event...
Read more
- Advertisement -