The former Minister of the Federal Capital Territory, Bala Mohammed,has been released on  bail by an FCT High Court

Justice Abubakar Talba granted Mohammed bail in the sum of N500m with two sureties in like sum. 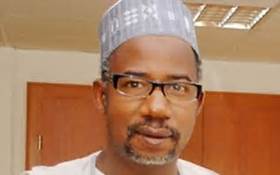 The judge ruled that one of the sureties must be a Senator, while the other must be a director of the Federal Civil Service.

Both sureties must have landed property in the FCT and show evidence of tax payment in the last three years.

The former minister was also ordered to deposit his passport with the Registrar of the court.

Justice Talba had remanded Mohammed in the Kuje Maximum Prison on Wednesday after he was arraigned by the Economic and Financial Crimes Commission on six counts bordering on abuse of office while he served as Minister of the FCT.