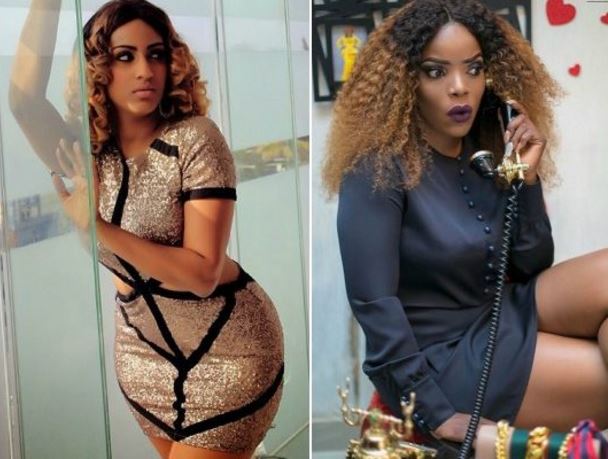 Ghanaian Nollywood actress, Juliet Ibrahim, has fired back at her colleague, Empress Njamah for saying women are mostly the cause of domestic violence.

Miss Njamah in an interview had said men are not always at fault and women should also learn how to help men control their anger.

However, Miss Ibrahim has indirectly come for her, telling her Karma always catches up with those who think as she does.

Juliet Ibrahim wrote via her Instagram page, “KARMA IS A BITCH! When it comes barking up your own tree or in your family; please preach your wisdom that time… #whatApity and we call ourselves celebrities!

“When people decide to sit and form advisers they should think twice before talking honestly. What’s the meaning of “a man hits a woman it’s called domestic violence and when a woman hits a man it’s called what?”

“MADAM, it’s the same domestic violence either ways and what we have been preaching since day one is the fact that no one should get to the point of hitting another being in the name of anger or rage!

“Violence is WRONG! There is no excuse! Violence should NEVER EVER BE THE OPTION OR CHOICE!!! There is NO REASON IN THE WORLD FOR A MAN OR WOMAN TO GET PHYSICAL ON ANOTHER Person!

“Domestic Violence which is an abuse comes in several forms and could be emotional or physical as well; sadly we do NOT SEE THE EMOTIONAL ABUSE ON MOST; what most people are preaching against lately is the fact that people can’t SEEM TO CONTROL ANGER AND GET OUT OF VIOLENT RELATIONSHIPS!

“No one is sitting around happy about victims (both male and female) being attacked and killed brutally; what we are standing firm against is the fact that we as humans need to see the signs and exit the relationship immediately we notice the signs or speak to the rightful authorities before it is Too Late!

“How dare you try to justify why another person will get physically violent on another till it leads to death or getting burnt! Are you even aware that RAPE IS also a form of violence ?

“Would you sit in your seat and preach that ladies that get raped are the ones bringing it upon themselves? Is that your mindset? YOU WOULD BLAME A LADY FOR GETTING RAPED?

“Shouldn’t you be preaching against rape and violence in general rather than justifying the Act? Haven’t you seen photos of women who were murdered after being raped?

“Is it the woman’s fault that some guy couldn’t control his urge? Would you also sit and advise that everyone should pick up guns and go to war because they were offended by another country? #sayNotodomesticviolence against women or men! We preach against it! VIOLENCE SHOULD NEVER BE THE END RESULT!”