Deolu
The Nigerian Government has refused to be caught unawares unlike the 2014 spread of the Ebola Virus caused by a Liberian immigrant, Patrick Sawyer. 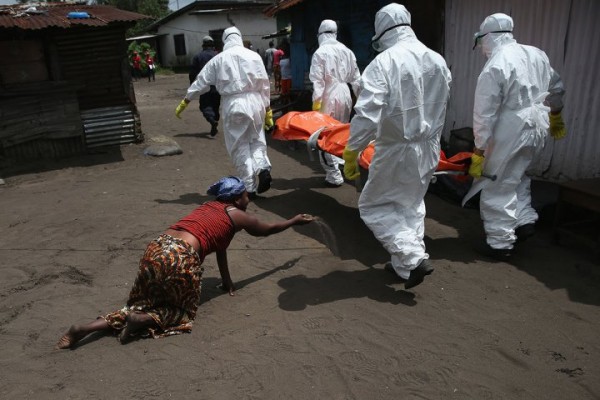 The Management of the Federal Airports Authority of Nigeria has assured Nigerians of adequate surveillance at the nation’s airports following the outbreak of Ebola virus in the Democratic Republic of Congo.
The World Health Organisation declared an Ebola outbreak in the Democratic Republic of Congo on Friday, saying that at least one person had been confirmed dead due to the virus in the country’s north-east.
FAAN’s Acting General Manager, Corporate Affairs, Mrs. Henrietta Yakubu, spoke to the News Agency of Nigeria on Saturday, saying that there was no direct flight from Congo to Nigeria.
Yakubu also assured that all the preventive measures being put in place at the airports were still in place. She said the Port Health officials were at alert at all airports, adding that the authority had also informed them of the need to increase surveillance.
“We don’t have direct flights from Congo, we only have from Rwanda but I want to assure members of the public that we still have all preventive measures in place at our airports.
“There are sanitisers at our arrivals with the scanning apparatus called Thermal scanners being installed by the Port Health Services.
“The scanners have camera monitors that display pictures aside the capturing of temperature.
“Passengers still fill that form to ensure that everybody arriving the country through our airports are not potential carriers of deadly diseases.
“The port health officials are always at alert and we will also inform them of the need to increase their surveillance.
“So, there is no cause for alarm,” she said.
Nigeria experienced the Ebola virus in July, 2014 when a Liberian American, Patrick Sawyer, who had the disease flew from Liberia to the Murtala Muhammed International Airport, Lagos and died five days later.
In response, the Federal Government observed all of Sawyer’s contacts for signs of infection and increased surveillance at all entry points to the country.
Nigeria was able to curtail the disease and was subsequently declared Ebola free by WHO.