Home News Feed End Time: Couple Arrested for Allegedly Selling their Daughter for N400,000 in...
Facebook
Twitter
WhatsApp
A poor couple have been arrested in Cross Rivers state after they sold their daughter for a mere N400,000. 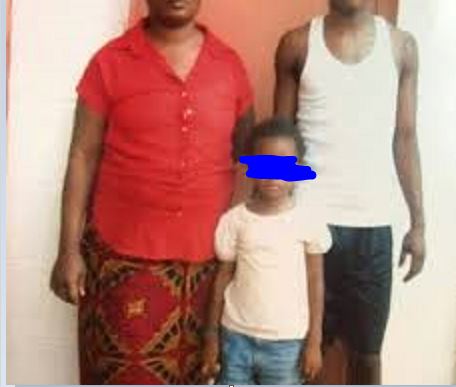 The Cross River Police Command on Wednesday said it had arrested a couple for allegedly selling their six-year-old daughter for N400,000.
Presenting the couple before newsmen, Mr Hafiz Inuwa, the state Commissioner of Police, said the suspects were arrested at Ikom Local Government area on April 26 following a tip-off.
According to Inuwa, the couple sold the child to enable them to offset their house rent and open up a small provision shop.
“On April 26, 2017, following a tip-off, our men arrested a couple, George-Sunday Udoh and his wife Victoria, for allegedly selling their daughter at the cost of N400,000. The suspects were arrested by our operatives attached to the Ikom division.
“The case has been transferred to State Criminal Investigation and Intelligence Department here in Calabar and investigation is ongoing,’’ he said.
The father of the child, however, denied selling the child.
“It is true that we don’t have money and things are very hard with me and my wife, but we did not sell our baby for N400,000,’’ he said.