Five foreign missions is set to be shut down by the Federal Government as part of measures to cut the cost of maintaining its 119 missions worldwide.

The Minister of Foreign Affairs, Mr. Geoffrey Onyeama, said this in Abuja on Thursday while briefing newsmen on the achievements of the current administration in the past two years.

Onyeama, who did not identify the embassies to be shut down, said the process for closure was underway and was also subject to the approval of the President.

“We do not want to indicate the embassies that will be closed yet because we are in the process of submitting the proposals, the cost analysis and also the political analysis we did to the President.

“When he sees that, he may or may not want to close some, so we have not yet reached the stage of closing some,” he said.

The minister noted that closing the foreign missions was “extremely expensive.”

“The expense, costs of closing embassies is so high and prohibitive but in the long run, it will be more economical,” he stressed.

The minister added that the closure of the missions was in line with the agenda of the administration.

Meanwhile, Onyeama has expressed Nigeria’s commitment to enthroning peace and finding solution to the crisis in South Sudan.

Onyeama stated this in Abuja when the South Sudan Foreign Affairs Minister, Mr. Deng Kuoi, accompanied by the country’s Ambassador to Nigeria, Paul Akaro, visited him in Abuja.

The minister said President Muhammadu Buhari’s administration was involved in addressing the internal crisis in the country.

He commended the steps taken by the South Sudan President to reunify the country by initiating the National Peace Dialogue.

“We are so happy with the progress they are making towards unifying their country and they have  really taken positive steps to move forward. I was extremely happy about the step taken to stabilise South Sudan by President Salva Kiir when he launched the National Dialogue for peace,” Onyeama stated 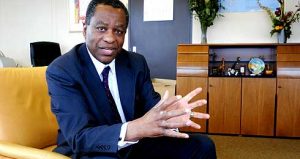