Deolu
The President Muhammadu Buhari-led administration appears to have cautioned the released Chibok school girls against sharing their apparent gory experiences with their parents. 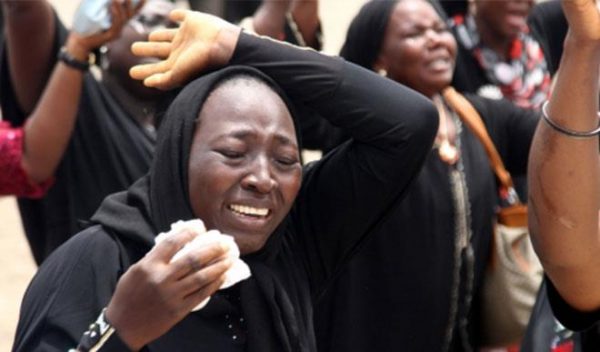 A relative of one of the rescued Chibok girls, Peter Joseph, says the Federal Government has barred the girls from telling their parents or relatives about their experiences in Boko Haram captivity.
Joseph said this during a programme on Al Jazeera titled, “The Stream.”
He said his niece was one of the 21 schoolgirls rescued in October 2016 while his sister is still in Boko Haram captivity. Joseph said over six months since their rescue, the schoolgirls had not been united with their families.
He said in December last year, the girls were allowed to return to Chibok but were kept in a government facility where their parents visited them. He said the girls were not allowed to go to their parents’ homes.
Joseph said, “I think there is something that the Federal Government does not want us to know and that is why they are keeping them away. Even when they [the schoolgirls] travelled to Chibok, they were not allowed to go to their houses.
“They were kept in government facilities in Chibok and anyone who visited them was made to sign a register, state the village where they came from, whom they wanted to see and then a time limit was given, after which you were asked to leave and there were certain things that you were not allowed to ask the girls.
“You can’t ask them about their experiences in Sambisa Forest. I mean, we don’t get it. Even now that 82 girls have been rescued, what has the government done about them? Up till today, the families have not met the girls.”
Joseph berated the Minister of Women Affairs, Aisha Alhassan, for saying that the girls were free to leave the government facilities anytime they wanted.
He said, “The Women Affairs minister is not saying the truth about this. What does she mean by the girls can leave at anytime when they don’t even allow family members or people that are concerned about them to come close to them?
“I wish she was here so that I would be able to ask her some questions personally because this thing has been bothering us the members of the family. The fact still remains that the Nigerian government needs to be open to the family members; the government needs to be open to everyone that is concerned.
“We don’t get it. I mean, are you trying to hide something? Is there something they don’t want us to hear from the girls? What are they hiding from us?”
Joseph said it seemed the girls had been transferred from Boko Haram captivity to government captivity.
He said, “Nobody is allowed to see them. So, it’s like another imprisonment, but this one has to do with the government.”
However, a top government official told a correspondent that the girls were being kept away from their families and friends for security reasons.
The source, who spoke on condition of anonymity because he was not authorised to speak with the media, said the girls were being prevented to speak because investigations were ongoing.
He said, “We are preventing the girls from saying too much because we don’t want them to say anything about their location that could tip-off the terrorists. We are still negotiating the release of 113 girls and any sensitive information that is released could jeopardise negotiations or investigations.”
All efforts to get Alhassan proved abortive as her mobile phone was switched off as of the time of filing this report.