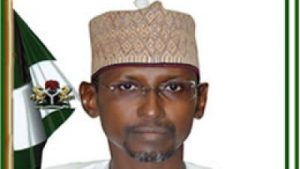 According to a statement released by the Federal Capital Territory Administration on Sunday,there have been a temporary suspension of Tenement Rates collection in the FCT.

The statement was released by Dr. Babatope Ajakaiye., Permanent Secretary, FCT, said that the suspension was necessitated by the need to sanitize and streamline the Tenement Rates collection process.

Ajakaiye also said that the suspension was to ensure compliance with relevant provisions of the Constitution of the Federal Republic of Nigeria.

He drew attention of the National Assembly to prescribe rates to be paid on tenements in the FCT, adding that FCTA was liaising with the Legislative Body for the enactment of the requisite Act.

The permanent secretary noted that the process of property valuation and gazetting at the FCT Administration and FCT Area Council levels was on-going.

He also noted that submissions from the Area Councils were being collated for onward transmission to the National Assembly.

“This suspension is also in consonance with a resolution of the House of Representatives on the matter and decisions reached at a subsequent meeting with the leadership of the House Committee on FCT.

“The meeting is deemed to remain in force until the National Assembly concludes the enactment of the requisite legislation,’’ he said.

The FCT Administration thus enjoined all stakeholders to be law-abiding and note the suspension of Tenement Rates collection in the FCT for strict compliance.