t’s easy to spot Jen Glantz at a wedding. She’s the one fixing the bride’s hair when her curls fall out. She’s the one on her hands and knees sewing up the maid of honour’s dress when it rips at the reception. And she’s the one dancing to Abba with the groom’s drunken uncle so he doesn’t fall over.

For the past few months, Jen will also have been the person the tearful bride called at 2am when she was having second thoughts about the venue, was in turmoil over the seating plan and had clashed with her mother over the invitations. Throughout, Jen will have been the model bridesmaid… Except for one thing.

The bride is a stranger to her and Jen is being paid.

‘I’m a mix of on-call therapist, virtual assistant, social director and peacekeeper,’ she says. ‘I do the bridesmaids’ dirty work – and I love it.’

One woman confessed her fiancé was gay. ‘She was marrying him for a different kind of love

Jen, 28, started her business, Bridesmaids For Hire, three years ago after being asked by two friends to do the honours within 48 hours of each other. She had already been a bridesmaid four times that year. ‘I was shocked because I wasn’t even that close to these two friends,’ she says. ‘They asked me because they know I’m organised and I don’t get stressed easily.’

So one night Jen posted an ad on classifieds website Craigslist offering her bridesmaid services – and woke to 250 interested emails. By the following week, she had received thousands of messages.

To date, Jen, who lives in New York, has worked with 65 brides for anything between three months and a year. Her duties vary wildly: she has arranged hen parties, written speeches and even scooped up donkey droppings with her bare hands to save the bride’s silk dress. In fact, she has solved all manner of disasters, like the time she lent her strapless bra to the mother of the bride, who had forgotten her own. ‘I wrapped duct tape around my chest,’ says Jen. ‘I can’t claim it was very comfortable but we got through it.’

So who on earth would hire a bridesmaid for her wedding? Jen insists that the brides do have people they could ask, but often their friends or relatives live far away, or are too busy with their careers and families to fully support them. One bride had lost her mother and needed someone to talk to. ‘It was great to be there for her,’ says Jen.

Another bride had 12 bridesmaids and recruited Jen to make sure they all turned up at the right place and didn’t argue. ‘I’m there to look out for the bride and make sure that everyone has fun. I can diffuse the drama,’ she explains.

Some brides want Jen to go incognito and pretend to be a friend, rather than admit she is a hired bridesmaid. ‘Sometimes I can have two different names and two different stories [if I have two weddings] on the same weekend.’

It’s no surprise that many of the brides choose to confide in her. ‘They know I won’t judge them or break their trust.’ One woman confessed that her fiancé was gay. ‘She said she was marrying him for a different kind of love,’ says Jen, unfazed. The groom was scared of his conservative family, while the bride had a young son and was looking for stability.

‘I asked questions to make sure she was feeling OK about everything, but it’s up to the bride to come to the decision on her own.’ Then there was the bride who admitted that she couldn’t stand the groom. ‘I persuaded them to sit down together and talk,’ recalls Jen. ‘They decided to go through with the wedding and sort out their issues afterwards.’

She adds, ‘I deal with cold feet all the time. Some people realise right before they’re about to get married that it is to the wrong person, but others are just caught up with nerves. There’s so much pressure for it to be perfect that people feel all these emotions and some of them are misplaced.’ 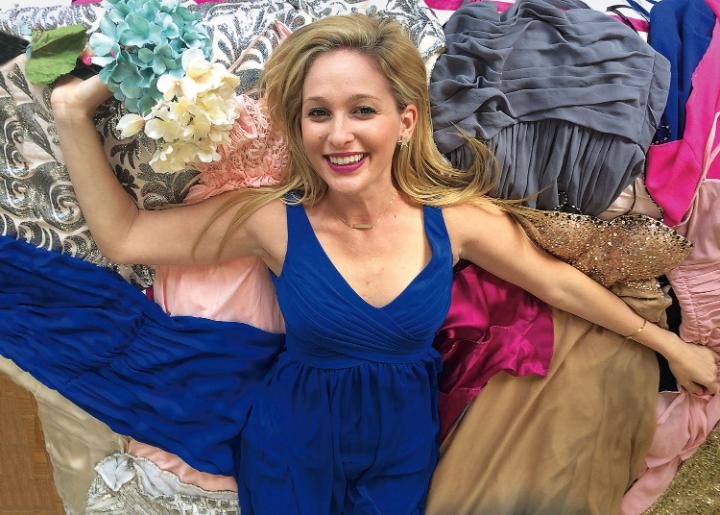 Jen’s own romantic life is patchy. Throughout high school and university, she longed to find love, but admits she wasn’t very good at relationships. She had her first boyfriend in her early 20s, but they broke up after four months. Today she has a boyfriend but has no plans to marry.

Her career has, to an extent, helped inform her personal views on love. As she told one bride, ‘I don’t think there’s such a thing as one soulmate. There are a lot of people who could be really great for us, who could make our world shake. But if you have someone in your life you enjoy and can put up with most of the time, maybe that’s worth the risk of taking yourself out of the market.’

It has also made her consider what her own wedding day might look like. ‘Ninety per cent of the brides I work with wish they had eloped,’ she admits. ‘Weddings are not the best time of your life. They’re the most chaotic. I want to have a very simple party with pizza and a band.’ With a pause she adds: ‘I don’t like weddings that much.’