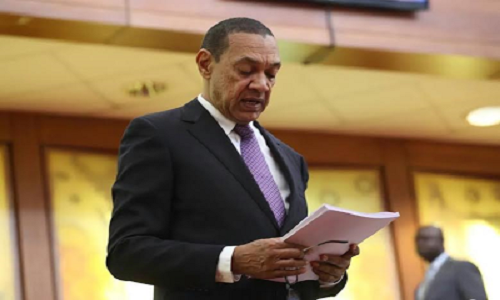 The senator representing Bayelsa East constituency at the upper chamber, Sen. Ben Murray Bruce, has urged Nigeria politicians to give women chance in the political practices in Nigeria, thus to move with the pace at which first world countries are moving.

He made this known via his video clip, when he charged Nigeria women to unite and participate fully in the political system of Nigeria.

He said that Nigeria should not be left behind when countries like United Kingdom, Germany and France are producing female presidents. Nigeria is a third world country, but if we want to make this country a second world status in one generation we need more women in politics, he said.

“Marine Le Pen now has to run against Emmanuel Macron on the 7th of May. Women are already leading the two of the biggest economies in Europe, ‘Theresa May in the United Kingdom and Angelo Merkel in Germany’.

“Women have come of age in the world of politics and Nigeria cannot be left behind. “We most emancipate our women and empower them. “Look at the great work of Allen Johnson of Sirleaf is doing in Liberia.

“This cannot be replicated here, because it will never happen. “ If we do not take proactive steps to empower our women folk, I believe Nigerian women deserve an affirmative action that will help them narrow the widening gap between the genders in Nigeria.

“If we give them a chance, they will pull Nigeria from third world country to the second world status in one generation.

“Finally, I urge women to unite and consider voting only for those parties that empower women. “You have the population, use it to your advantage” he said.