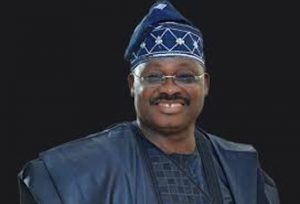 It was a lucky day for the parents of two new born babies as they were given birth to at the launching of  the “Free Medical Mission”, programme of Gov. Abiola Ajimobi of Oyo state, on Monday, received cash gifts of N100,000 each from the governor.

The babies were born within fifteen minutes interval from each other.

The first baby, a female, was given birth to by Mrs Odunyemi Akinwale, immediately the governor began his keynote address.

However, the second baby, a male, was given birth to by Mrs Monsurat Kamorudeen, as the governor was rounding off his speech.

Dr Adeyanji Alaruru, Chief Consultant of Adeoyo Maternity Hospital, Ibadan, received the cash donation on behalf of the two mothers who were still at the lying-in ward.

Alaruru thanked the governor on behalf of the parents of the two babies, adding that they were truly double bundles of joy to the Ajimobi administration.

“Today’s ceremony is two-pronged; we have the flag-off of the “Free Health Mission”, and the Unveiling of Medical Equipment and Consumables by the governor.

“This is a double blessing to the people of the state and to health care service delivery in Oyo as a whole, ” he said.