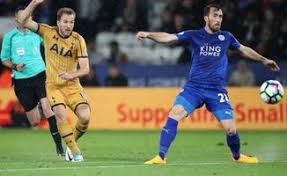 Harry Kane is one step close to finish the Premier League as top scorer after he put on a fantastic form against Leicester City in Tottenham’s 6-1 demolition of Leicester on Thursday scoring four goals.

Although Tottenham were unable to overhaul champions Chelsea in the title race, Mauricio Pochettino’s vibrant young side look certain to make a renewed challenge next term and Kane is the figurehead of that bright future.

Kane is hunting the league’s golden boot and the England striker was at his predatory best as he plundered the Leicester defence four times to move to the top of the scoring charts with 26 goals.

Everton’s Romelu Lukaku is second on 24 goals but Kane is well on course to nail down the goalscoring prize heading into Tottenham’s final fixture at Hull on Sunday.