Home News Feed Heartless! Chorister Stabs Ex-boyfriend to Death for Proposing to Her Friend in...
Facebook
Twitter
WhatsApp
The young lady is reportedly on the run after stabbing her boyfriend to death in Opobo Town in Rivers state, after the guy proposed marriage to her girlfriend. 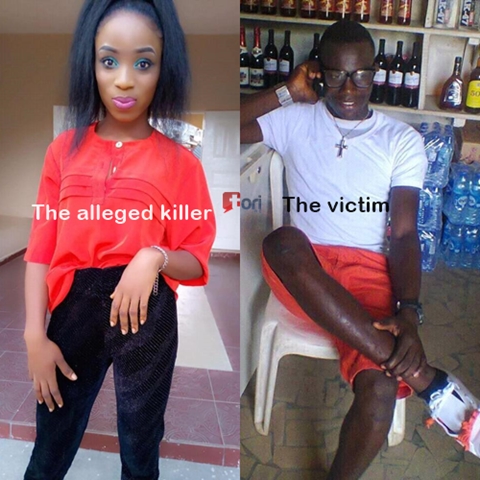 A Facebook user identified as Frank Ufomadu, has taken to the social networking platform to post some shocking photos and also narrated the story of how a young lady brutalized her ex-boyfriend and usher in church for proposing to her friend.
The suspected young lady who is also a church chorister, identified as Miss Boma Mac-people is reportedly on the run after stabbing her boyfriend known as Junior Oko-Jaja to death in Opobo Town, Rivers state, on the same day, she declared him wanted in a post on facebook. 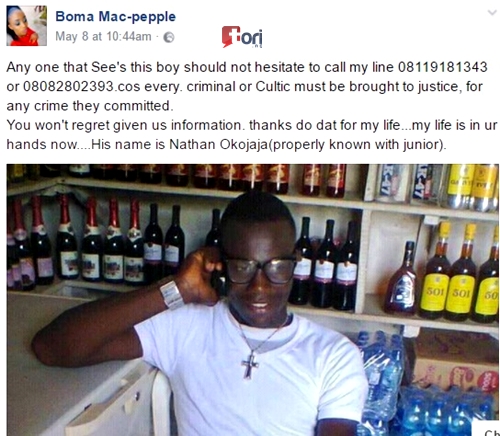 Meanwhile, here’s how Frank reported the story;
**********************************
“FEAR GIRLS WHO ARE SMALLISH IN NATURE
“Boma Mac-pepple who is a Chorister in her church, rejected marriage proposal from her boy friend, Junior. The boy latter proposed to another of her friend who accepted.
“She then abused the guy as womanizer and the fought. She came to Facebook and declared the boy wanted, then went in search for the boy and stabbed him to death, then ran away.
“You see all these small pepper dem gang girls that carry church for head….Run away from them.” 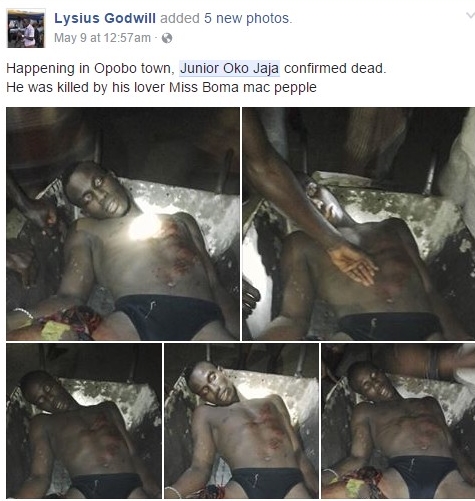 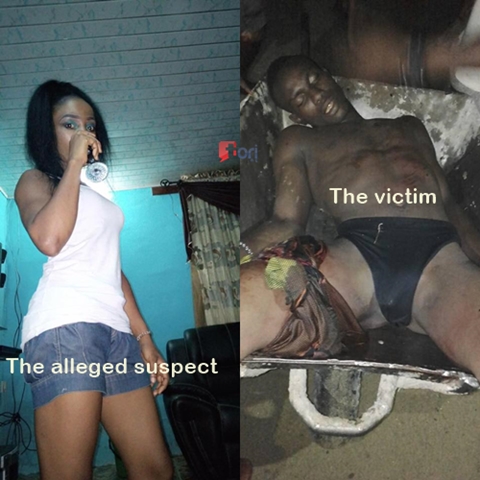