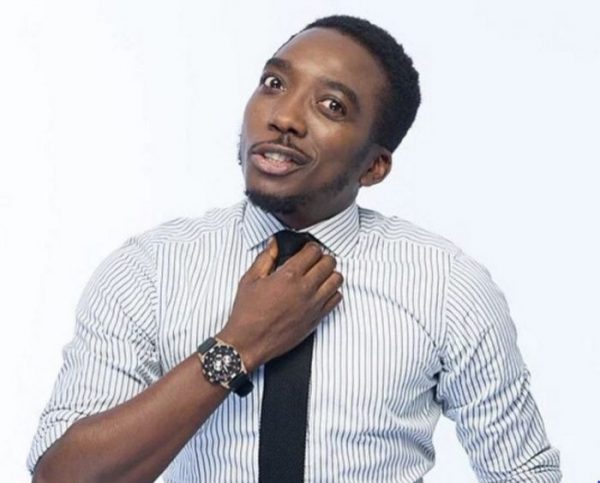 One Instagram user has come for top Nigerian comedian, Bovi, over the joke he made about Banky W and Adesua Etomi’s engagement at his Man on fire show.

The comedian had made series of jokes about the engagement, like how he(Banky) slid into the actress’s DM as a comedian, his spelling of “Maary” instead of “marry” during his proposal and all.

This IG user took it really personal and also slid into the comedian’s DM and dropped a few words for him… a few? hmph! 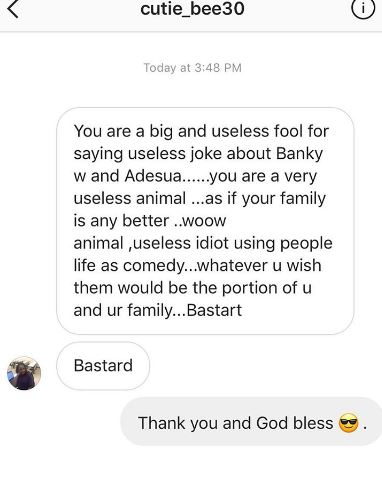