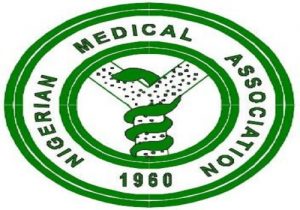 The medical doctors in Kogi State will embark on an indefinite strike action from 12 midnight of Wednesday, 3rd May 2017as directed by the Kogi State chapter of the Nigeria Medical Association.

The strike was as a result of the state government to resolve issues relating to payment of outstanding salaries and arrears to doctors in the state.

A communiqué issued at the end of an emergency Congress meeting in Lokoja and signed by the Chairman and Secretary of the association, Dr. Tijani Godwin and Dr. Zubair Kabiru, respectively yesterday stated that the association was disappointed at the action of the state government for not honouring the agreement.

“In spite of suspending our strike action for two months to allow peaceful resolutions of issues bothering on special consideration to all doctors employed in 2015 as earlier documented in the memorandum of understanding signed on the 9th of January 2017 between Kogi State government and NMA, failure to clear nine doctors after providing necessary documents as required by the screening committee, underpayment of salaries and arrears of doctors that has been paid, implementation of the new tax regime without commensurate promotion and stepping of doctors in the state civil service, and advertisement for employment of more doctors, despite inability of the present administration to implement adjusted Consolidation Medical Salary Scale (CONMESS), the government failed to reciprocate this kind gesture.”

NMA, however, warned doctors who decide to pick up employment with the Kogi state government to be cautious as they have not paid all the doctors currently in her workforce nor implement the adjusted (CONMESS).

The statement demanded that “the Kogi state government retain and pay the arrears of all the doctors employed in 2015 as they have waited patiently while providing healthcare service in the state for over 15 months without salaries, clear and pay the remaining nine doctors whose name did not appear on any list and issues of underpayment of salaries and arrears should be corrected forthwith.”

Asides from the payment of these arrears, the association also asked the government to return the new tax regime to status quo, or promote doctors accordingly before implementation as they canvass for uniform taxation among all the doctors in Kogi state civil service.

It would be recalled that the Association in December 2016 embarked on a warning strike and suspended it in January 2017 over unpaid salaries of doctors in the state.