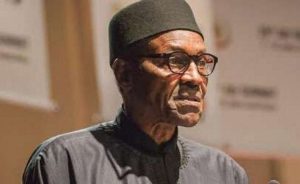 over the wording of his recent vacation letter to the National Assembly.

In a statement issued in Lagos, Mr. Adegboruwa said the decision by the president to ask Mr. Osinbajo to ‘coordinate’ the government  in his absence would leave Mr. Osinbajo with virtually no powers to run the country.

“A coordinator is a Person of equal status with others, so the VP cannot make appointments or sack anybody while the President is away,” said Mr. Adegboruwa.

“He cannot discipline any erring minister. He is limited in policy decisions, as a coordinator. He has no power of control over the Cabal to whom the president has handed over power, albeit illegally. The chief of staff was recently reported to have moved vital documents away from Aso Villa.

“In effect, Nigeria has no leader presently. The existing office of VP is no more. The constitutionally created office of Acting President has been circumscribed by the President. The President is away on an indefinite medical trip abroad.”

Mr. Buhari left the country on Sunday night for a medical treatment in the UK, and in his letter to the Senate notifying the lawmakers of his absence, the president said Mr. Osinbajo would “coordinate” the nation’s affairs while he is abroad.

The choice of words employed by Mr. Buhari in his latest letter elicited controversy among Nigerians.

Mr. Adegboruwa said the Senate lacks the power to pronounce Mr. Osinbajo as Acting President, without a written resolution of both chambers of the National Assembly, through a decision taken on their floors.

“The President cannot travel for medical check up for an indefinite period of time,” he said.

“The National Assembly should reject the letter from the President. There is, therefore, a serious constitutional crisis.

“Pro government lawyers and activists, who have goaded the Buhari administration into dubious and reckless interpretations of the Constitution in the past, should be held responsible for the current crisis and all acts of impunity from Aso Villa. In all, the National Assembly should commence impeachment proceedings against the President, for gross misconduct.”