The acting Commissioner for Transportation, Prince 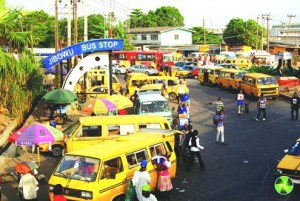 “The state agencies like Motor Vehicle Administration Agency, Number Plate Production Agency and ministry of transportation will fine-tune the operations and issuance,” the commissioner said.

The commissioner also said that the database would contain a body tag, to be fixed to the body of the vehicles for effective monitoring and redistributing of routes for businesses.

Elegushi said that about 5,000 commercial buses would be injected into the transport sector to ensure safety and spread of buses and to ease transportation challenges in the state.

“There will be introduction of uniforms for drivers and conductors to signpost a commencement of decency, discipline and quality service to the people of Lagos State.

“It is also to serve as a mode of identification and distinction between drivers and conductors,” he said.

He said that the state government was focusing on the road sector which he said accounted for 90 percent of transportation activities.

The focus he said include, reduction in travel time, improved commuters safety, road safety and obedience to traffic laws.