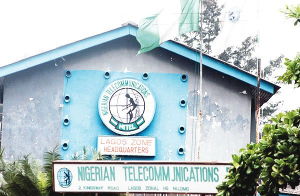 A man identified as , Kabiru Salami, was confirmed dead in Ile-Ife, Osun, after he fell from NITEL pole while trying to disconnect cable wires.

The Police Public Relations Officer, Mrs Folashade Odoro, for the Police Command in the state said this in a statement she issued in Osogbo on Tuesday.

She further said that the incident happened on Sunday at about 4.48p.m.

“The deceased, working with Ismoly Multipurpose Company, Osogbo, was disconnecting NITEL cable wires when he fell from the pole.

“The police in Ile-Ife were alerted about the incident and the deceased was rushed to OAU Teaching Hospital where he was confirmed dead,” she said.

The police image maker also said the corpse had been deposited at the mortuary for autopsy.