Home News Feed Man Hired to Write UTME Examination for a Candidate Arrested in Niger...
Facebook
Twitter
WhatsApp
A hired ‘machinery’ who came to write examination for a candidate has confessed after he was nabbed in Niger State. 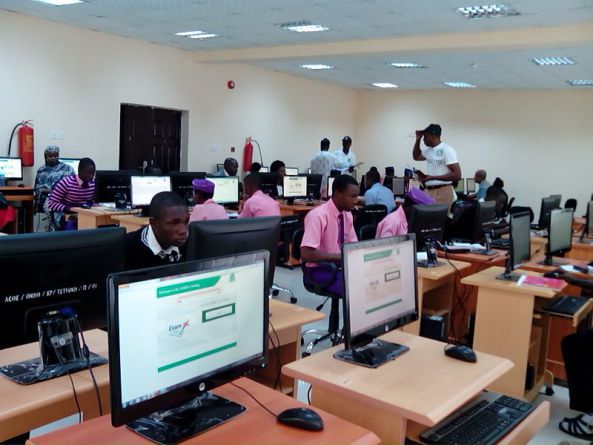 The Niger State Command of the Nigeria Security and Civil Defence Corps (NSCDC), says it has arrested a suspected impersonator in the just-concluded Unified Tertiary Matriculation Examination (UTME).
“We have arrested one Mohammed Sani Musa suspected to have been hired to write the examination for another candidate at the Ibrahim  Babangida University  centre in Lapai,” the Commandant, Mr Philip Ayuba, told the News Agency of Nigeria (NAN).
Ayuba, who spoke on Thursday in Minna, disclosed that the suspect was arrested by officers stationed at the centre.
“We have interrogated the suspect and he has confessed to being hired from Nasarawa State by one Abdullahi Isa, who is still at large,” he said.
He said that the command was digging into the matter so as to bring those involved to justice .
Ayuba, however, said that the exercise was hitch-free across the 14 centres in Niger.