The Federal Government has banned Ministries, Departments and Agencies (MDAs) from transacting business with companies and other corporate bodies that are not duly registered by the Corporate Affairs Commission.

Salisu Dambatta, the Director of information, Federal Ministry of Finance, said in a statement on Friday in Abuja that the directive to this effect had been issued to MDAs in a circular by the office of the Secretary to the Government of the Federation.

He said that the directive was aimed at protecting MDAs from entering contractual obligations with fake or unregistered companies.

Mr. Dambatta said that the minister of finance would not honour payments for contracts by companies that did not comply with the requirements.

“For companies and other corporate bodies to qualify for business transactions with MDAs, their letterhead must bear the Registration Number (RC) as issued by the Corporate Affairs Commission.

“The letter head must also have contact telephone numbers, valid e-mail address and official company address as well as the names and nationalities of the directors of the company at the bottom of the page.

“This is to ensure transparency in the dealings of government with corporate entities and to ensure compliance with the provisions of the Companies and Allied Matters Act,” he said.

Mr. Dambatta said to strengthen the enforcement, the Minister of Finance, Kemi Adeosun, had directed the Accountant-General of the Federation to ensure that all Directors of Finance and Accounts in Federal MDAs adhered strictly to the directive. 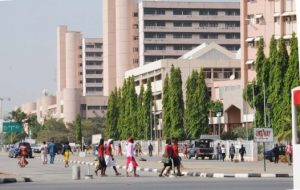 He said the minister also urged those wishing to engage in transactions with government entities to comply with the requirements to avoid delay in payment.

Each year, the federal government spends trillions of naira on contracts to procure goods and services.

The procurement process is one of the focus areas of the Efficiency Unit set up by President Buhari to check and reduce government recurrent expenditure.

According to the Public Procurement Act, 2007, for a contract below N50 million, an MDA is allowed to procure on their own, but above that, they are mandated to utilise the services of contractors through a qualified bidding process.