Home Uncategorized Men Gets Jungle Justice After Allegedly R*ping Girls | Photos+Video
Facebook
Twitter
WhatsApp
Some miscreants operating in the Ijagun area of Ogun State have been apprehended and given the bitter taste of jungle justice.
According to an online user who shared the story, the two young men (pictured here) who specialise in terrorising Ijagun town, stealing laptops and more were caught and stripped unclad by an angry mob.
Further reports have it that they have also r*ped some ladies at gunpoint. The vulnerable men pleaded innocence as they were manhandled by the residents late in the night. 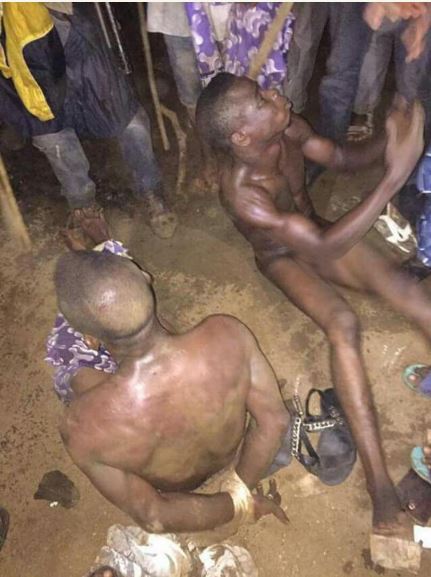 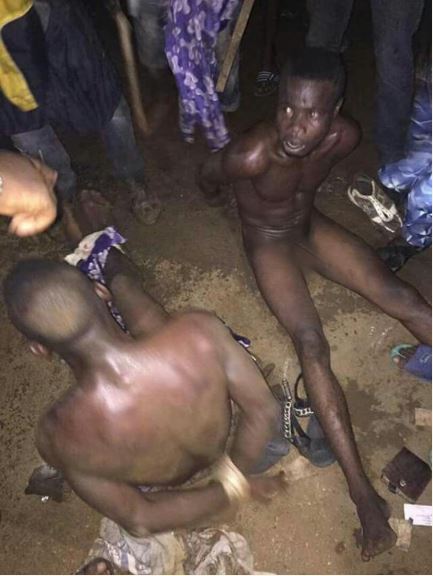 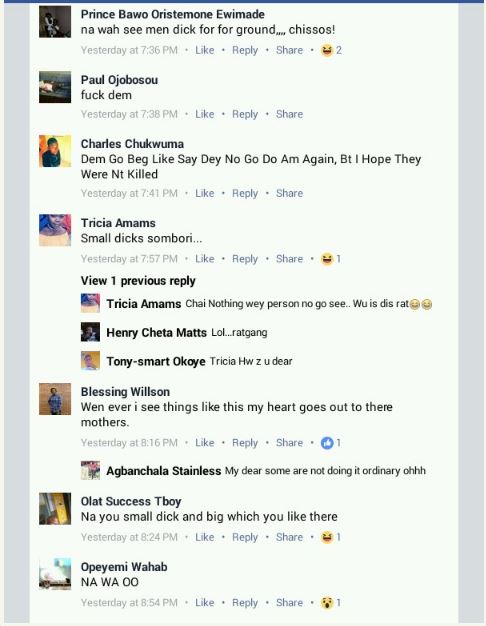 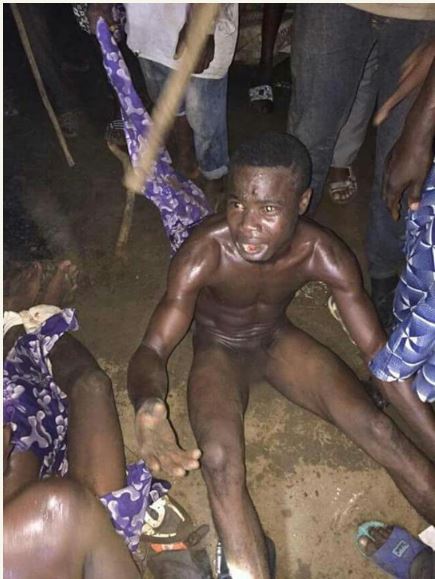 An eye witness has this to say:
“Indeed, many days for the thief, one day for the owner. So so unlucky for them dis time around. This thieves ve always terrorized Ijagun town as well as d different hostels and stealing gadgets like laptops, phones n other valuable from people at gun point and constantly r*ping girls. Nemesis caught up with them dis time around n they were caught”
Watch a short video of the brutality below: