Days after the death of Veteran Yoruba movie Actress,  Torrents of tributes have poured in for renowned Yoruba movie actress, Moji Olaiya. 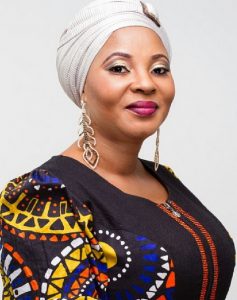 Moji’s demise Thursday morning after she reportedly suffered a cardiac arrest sent a shock wave across the Nigerian entertainment industry.

Her last post on Instagram was 18 hours before her death was announced. She wrote, “Hello fans, Okiki app is now on Apple App Store. Watch movies from me and other great actors for free.”

But before that she had posted two days earlier, sharing a picture where she looked trimmer and wrote:

“Alliamdulilahi to you Allah I give all the glory for all you have done. I will forever praise and worship you. It’s not by power but the Grace of Allah. Thank you for the gift of life. Thanks also to all my friends and family my fans for your supports and prayers. Love you all.”

When photographs of the late actress on her deathbed found its way to Instagram, it was greeted with a lot criticism from her fans and colleagues.

Although her family is yet to issue an official statement, more information about the circumstances that let to her death have also been made public.

Olaiya’s housekeeper, Mrs. Keji, who described herself as a very close friend of the deceased, revealed in an interview that the actress’ sudden death could be a spiritual attack.

According to her, in the last three days before she passed away, the actress had placed several calls from her base in Canada to complain of “being uncomfortable”.

“Her baby was born premature— her EDD was for May 2017 but complications arose that necessitated that she be induced to save the baby’s life as well as hers. But since the delivery in March, her health had not been exactly perfect.”

She said that around 10p.m. Canadian time (3a.m. Nigerian time) Moji went into a crisis. “Her blood pressure shot up and she became unconscious. An ambulance was called to transport her to the hospital. But her case worsened and she gave up the ghost before they could make it to the hospital,” She revealed.

Moji, 42, died almost exactly two years after her younger brother, Abidemi Olaiya, passed on. He died on May 4, 2015.

Fans of the deceased actress have also been posting videos of dirges, which they specially composed in her honour on Instagram.

Her colleagues have also been expressing shock over the untimely death of one of their own.

The duo were more of family friends whose relatives all knew one another. They were close and always at each other’s place if either of them was hosting a party.

More of an organiser, Moji stood by Bisi when she bore her love child for Senator Dino Melaye, and ignored what people said in the movie industry especially from the camp of actress Lola Alao, who made it a messy media war when Bisi got pregnant for the controversial lawmaker.

The director of Public Relations and Media Affairs of the Theatre Arts and Motion Picture Association of Nigeria, Yomi Fash-Lanso, said, “It is with a heavy heart and sad disposition to hear about the sudden death of our colleague; friend and sister, Moji Olaiya, who’s death occurred a few hours ago in Canada, few days after giving birth.”

Veteran actor, Yinka Quadri, said, “What is really happening, why are our dearest ones going too soon? It so sad to hear Moji Olaiya is no more. May her soul rest in perfect peace. May God be with those she left behind.”

Actor Femi Branch recalled, “We were just mere colleagues until the day we had a certain discussion in Sagamu with Aunty ‘Fali Werepe’ and you rose in my defense. I have recounted this tale to more people than I can recall and in every instance, the mention of your sincere intervention was the highlight of my tale.

“That day, I knew the good hearted Moji Olaiya and for as long as I have the gift of memory, Mojisola Olaiya will remain embedded in my heart. Sleep well `Mj’. May God erect a canopy of protection over your children and the family you left behind. Lord, please stem this hand of death moving over our industry and please open our eyes to know that life belongs to you and only you can give it in abundance.”

Also, Actress Funke Adesiyan said, “Days like today should not exist. I refuse to believe the news of your untimely demise. I still don’t get why good people don’t last. You were a true soul. Beautiful in and out with absolutely no space in your heart to hate or pretend to love.

“You were so genuine. May Allah rest your soul and give your family the fortitude to bear this loss. It’s a sad day.

The Chief Executive Officer Okiki Films, Sunday Esan, said, “I’m currently in a state of grief and shock. Is it true that Moji Olaiya is gone? My good friend is no more; I will miss her personality, talent and humility.”