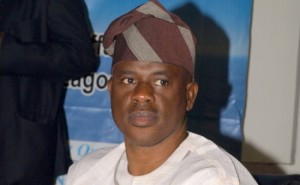 Former minister of state for defence, Senator Musiliu Obanikoro, says he will leave the Peoples Democratic Party (PDP) if the Supreme Court affirms Senator Ali Modu-Sheriff as the National Chairman of the party on May 25.

Speaking in an interview with the Punch newspaper, Obanikoro stated: “One thing that is certain is that if Sheriff wins at the Supreme Court, you will not find people like me in the party again. That is certain. Let us not also forget that all politics is local,” Obanikoro said.

“Without mincing words, anybody can accuse me of anything. I am pleased with what Governor Akinwumi Ambode is doing in Lagos. If at the end of the day, I have to choose between a progressive like him or continue with a PDP being controlled by Sheriff, I would rather opt for the former.

“Let me categorically tell you that the report that I have defected to the APC is a rumour and it is still a rumour. If a personality like me will leave the Peoples Democratic Party to join another party, it will be done in a grand way. I would call a press conference and tell the whole world that I am moving (to another party). I will also explain the reasons for my defection.”

He said the crisis that has engulfed the PDP was not good for the country’s democracy, saying Nigerians would lose because they would not have options.

The Lagos politician popularly known as Koro also disclosed that he was never comfortable with the loss of his personal relationship with Bola Tinubu national leader of the All Progressives Congress (APC).

He said he’s happy to have made peace with Tinubu after being on a political warpath since 2006.

He noted that his mending of fences with the former Lagos governor was “not meant to serve political interest but rather a personal and Lagos interest”.

“I was happy that the reconciliation was done successfully. As I have said earlier, a very good friend of mine was also involved in the process. What has happened to me as regards my relationship with Asiwaju Tinubu should serve as a good lesson to the younger generation,” Obanikoro said.