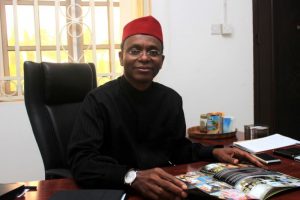 Muslims fasting in Kaduna state has pleaded to the state Governor, Nasir El-Rufai, to borrow a leaf from other Northern state governors by providing them food stuff in the Islamic holy month of Ramadan.

Before the coming of the El-Rufai administration, fasting Kaduna residents enjoyed similar benefits from the state government.

But Mr. El-Rufai announced that the state government would not continue the practice in 2015 when he received leaders of the Christian Association of Nigeria and the Jama’atul Nasril Islam at the Government House, Kaduna.

Mr. El-Rufai said if his government continued to fund the welfare package, it would not be able to deliver on its key programmes, considering the state’s financial situation.

When PREMIUM TIMES visited locations in Kaduna metropolis, Zaria, Kubau and Birnin-Gwari local government areas, the call was the same for the governor to reverse his policy on the issue.

“We all know how the economy is fairing. Many people are not able to get even sugar for their pap at dawn. We are begging Governor El-Rufai to help us and please distribute some food items to the locals so that we can have some ease.

“We know he had said he cannot use government money to do so but we are begging that he should take a second look,” Ibrahim Sani, a bricklayer in Tudun wada, Kaduna, said.

Hajiya Laure, a resident of Kofa in Zaria, said this year is difficult for many residents of Zaria.

“I cannot understand what is happening. With the little I have, I think more than 50 people came to my house to break their fast in the past two days.

“I think the government can help in establishing few centres where people can just break their fast. I will beg for this from the state government.”

Nasir Bala, resident of Pambegua, Kubau Local Government Area, called on other government officials and wealthy Nigerians to help the less-privileged especially in this month of Ramadan.

“Yes, the government has a duty to provide for its people but also wealthy individuals should come to the rescue of the people.

“Kano is doing it, Yobe, Sokoto and many others. I call on Governor El-Rufai to please help the people. We need it so badly this Ramadan.”

In most of the places visited, fasting Muslims were unanimous in their call on the government to come to the aid of the people.

Asked if Mr. El-Rufai would change his stance about not using state resources to feed the fasting Muslims, an aide said the state government will not change its stance.

The official, who declined to be named, said the governor and his friends have already provided similar largesse to the less privileged not only during Ramadan.

“The state government is not going to use state resources to feed or do what it is not meant for. However, the governor and his friends through his existing foundation, El-Rufai Foundation, have been feeding the less privileged, and even give out scholarship to indigents in the state.”