Rapper Yung6ix, just proved he could care less about the use of social media by some of his fans to get him to work with them.

This was properly stated by the rapper himself, when he took to snapchat to reveal that a certain fan had taken to social media to beg for a free feature from the rapper on his EP,  a plea the MONEY IS RELEVANT crooner, was not feeling .

Yung6ix, replied the fan stating carefully that everything about music making costs money, with is lifestyle being even costlier, something that probably also appealed to the fan as well. He added that should the upcoming artiste want a feature, he must pay.

Read the tweets and response below and share your thoughts. 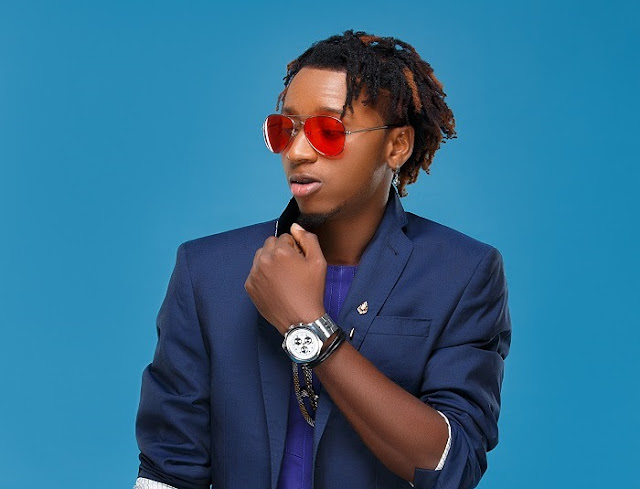 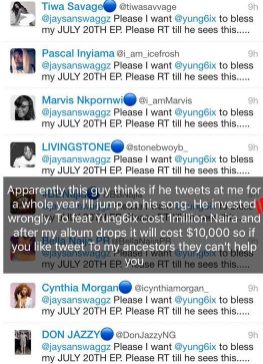