Home National News A must read for parents and parents to be , how a...
Facebook
Twitter
WhatsApp 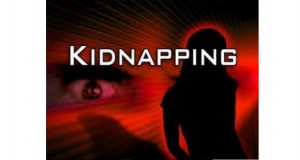 A Facebook user, identified as  Anazodo Caroline, has shared a shocking story of how the her nieces were almost kidnapped by their school bus driver. According to her, her two nieces( 4 and 1 year 6 months respective ages) were picked from the house and the driver tried to kidnap them by driving off with them without telling anyone.
Read how she narrated the incident below:
‘Two days ago, my nieces, the “Igwe girls”, were picked from the house to school as usual. The school bus driver who has been driving for the school for 4 years, accompanied by a school teacher picked them and proceeded to the next location to pick other kids for school which is typical.
“On getting to the home of the other kids, the teacher had to go In to get the kids from their apartment (which I wonder why the bus was accompanied by just 1 teacher, leaving kids with the driver, but again, who knows the heart of man).
Shocking story of how school bus driver tried to kidnap school girls!
“Guess what? After the teacher left to bring the other kids to join my nieces to school, the driver had sped off with my nieces already. The teacher came out with the other kids and the bus, driver and my little girls were no where to be found. “He switched off the phone while the innocent girls had no idea what was going on.
I mean, what do they know. ‎”But, because we dwell in the secret place of the Most High, we abide under the shadow of the ALMIGHTY, our refuge and fortress, the God in whom we put our trust‎. The Arrester of those that try to arrest us and ours, who has the heart of every man in His hands arrested that driver’s heart on lekki epe express way, touched him to stop the car, brought down my Isabella Ifesinachi Ojochona Igwe (1 year 6 months) and sharp Michelle Oluchi Ojochegbe Igwe (4 years, 11 months and 21 day) grabbed her lunch bag and followed her sis out of the bus.
“This cruel man dropped these little girls on the road. They were just standing there on the high way but God kept my hyper nieces calm. They could have ran to the major high way but they held on to each other. God kept them still.
Hmmmm! “At this point, the school had called for help, reported to the police. Now, that morning, their dad got a message about a little girl that was kidnapped so he sent a broadcast to raise prayers and get contacts to spread the word.
“(Little did he know an attempt would be made on his kids)While he was at work, being acquintances with the DPO at Ajah due to the nature of his job, he was sharing the case of the little girl with him. While he was at it, the DPO was called and informed about a school bus driver that ran away with 2 kids, my inlaw didn’t know the kids were his daughters.
Can you imagine! “While the school tried to trace the route the driver took, after a long drive, they saw the girls standing lonely on the road on lekki-epe express way with their school bag and lunch box, holding each other and just looking.
Can you see we serve a living God that never sleeps nor slumbers? “To think that someone tried to take them away days ago drove me mad. I shrunk from the inside on hearing the news that their school bus driver ran away with my 4 years old and 1 year old niece. But thank God who has the heart of every man in His hands, and constantly hears our prayers for protection saved them.
“We can’t even trust anyone in this world and people’s desperation has gone epic. I’d share the testimony so you can help me thank God wellaaaa.”