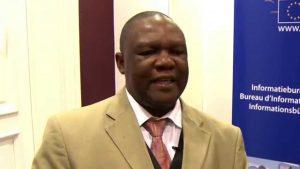 The former Deputy Governor of Central Bank of Nigeria, Dr. Obadiah Mailafia, has said that Nigeria is on its way out of recession, based on the prediction of international organisations and the current economic outlook.

Mailafia told the News Agency of Nigeria in Abuja on Thursday that some international organisations had projected that the country would likely come out of recession by the end of the year.

He noted that the International Monetary Fund had said the country might be out of recession as growth had gone back to 0.8 per cent toward the end of the year.

“It is positive even if it is small, it shows that we are no longer regressing; we are registering some positive growth. We hope that by the year end, the growth will be more meaningful and by subsequent year, we would have been out of recession.’’

Mailafia, however, urged the Federal Government to focus on provision of employment for the citizens, especially the youths.

According to him, Nigeria is moving out of recession but the people are still suffering and majority of young people don’t have jobs.

He averred that, “The unemployment figures are frightened and it is a time bomb. We have to be able to create job opportunities for our young people. Otherwise, they are going to use the energy they have in a destructive manner and that is not good enough.’’