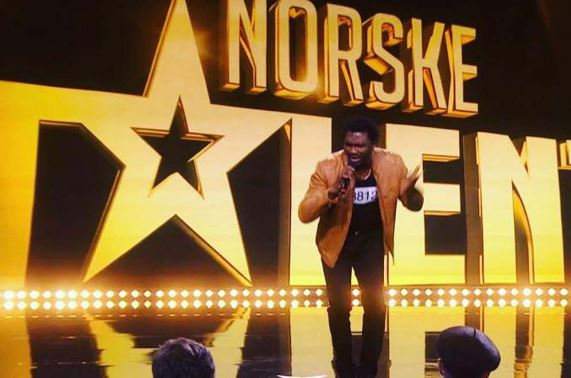 As the battle for the top prize in ‘Norkse Talenter’ (Norway Got Talent), gets fiercer, Nigerian-Norway based vocalist, Daniel Appyday, has emerged one of top contenders of the reality show. Checks revealed that Appyday, who before leaving Nigeria for Norway, was well known for his gospel hits, “Thunder Praise”, “Oku Muonso No Try Jehovah”, “Chukwu Ebuka and Agbaya”, is the only Nigerian on the reality show and has made it past the first four of the five stages of the show. The show, now in its eight season is one of the biggest TV shows in Norway. It is a spin-off of the popular ‘Britains’s Got Talent’ reality franchise. The winner of this year’s edition will walk away with $60,000 cash prize and a recording contract from Sony Music. Born Daniel Ernest Emeka Okafor, Appyday is one of the 36 contestants of the thousands auditioned for the competition that made it to the semi-finals. His next performance on the show is scheduled for Friday, May 12, when the semi-final kicks off. He disclosed that he has been working very hard with his team in preparation for his next show, even as he promised to do his best but counts on all Nigerians to vote for him so that he can get to the finals. According him, one unique thing  that has kept  him going on, in the show is his ability to make new song for each of his performances rather than use songs from other known musicians which some other contestants do on in the show. The singer, whose single, ‘Okro Soup’ released in 2016, got rave reviews and attention in Norway, Sweden and other European countries, before he left Nigeria, was well known for his stint in Nollywood following his lead role in now rested sitcom, Royal Tears, which aired on Africa Independent Television (AIT) network, where he played Ogaga. He also played the role of Eze in Dance of Shame, which aired on Galaxy TV, and was also in After the Storm, which was broadcasted on the NTA Network. He moved to Norway in 2013, to pursue his life goals of acting, modeling, and singing.