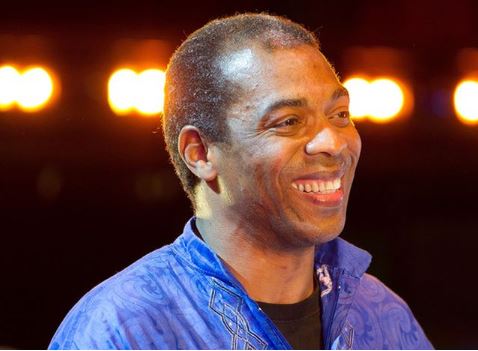 Afrobeat legend, Femi Kuti, has called for Buhari’s resignation, saying that the cost of his numerous medical trips is taking its toll on Nigeria’s already dwindling economy.

Kuti fumed, ‘You see, I think he should just be sincere and hand over to Vice President Osinbajo. ‘You cannot spend so many months going abroad for medical trip. Please, just resign and hand over to the vice president, or is it by force?

‘It is not a do or die affair now, do you know what it is costing Nigeria for the president to keep on going on those medical trips outside the country? What about the millions of people who cannot afford it.’

Lamenting over the state of hospitals in Nigeria, Kuti stated, ‘If one of the biggest legacies the President leaves behind is making General Hospital one of international repute, it would make a lot of sense, but why should we pay for them to have treatment outside the country and then, we cannot have the same privilege?

So because he is the president, the rest of us should die as a result of bad health care? ‘It shows that the government should think of improving our own system to international standards. By banning themselves from travelling, if we must die, let us die in our country.’

He further said, ‘Do you hear of the Queen of England going to America for treatment or the President of America going to England for treatment? The day they do that, there will be an impeachment few minutes later.

But we condole a lot rubbish in this country and that says a lot about us to the rest of the world, I cannot even believe that some people are defending this.

‘Tell the people fighting on twitter that when it’s their turn to fall sick and they get to the general hospital and there is no treatment for themselves and their loved ones, they should keep fighting, they shouldn’t fight for good healthcare for the country, they should continue to fight for the president to keep on going for treatment. In fact,  tell them that I said I said that their fight is very wise.’