Oh No! See What Happened to Man After He Hunted and Killed an Antelope in Bauchi Game Reserve | Photo

Deolu
A man has found himself in serious trouble after he reportedly hunted and killed an antelope in Bauchi Game Reserve. 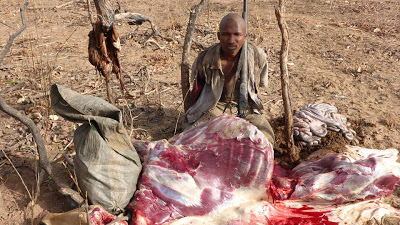 A man identified as Adamu Mohammed from Kashara region in Bauchi state is in serious trouble following his decision to kill an antelope in Bauchi Game Reserve.
He was arrested by security operatives at Yankari National Park after he had hunted down and killed a protected animal which is a crime against the state.