Nigeria might be under pressure to cut her oil output as the Organisation of Petroleum Exporting Countries looks set for an extension of the deal reached last year to reduce oil production. 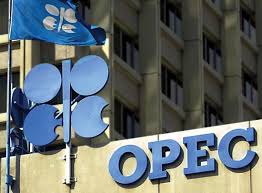 OPEC members and non-OPEC producers including Russia agreed in December to cut output by 1.8 million barrels per day for six months from January 1, 2017.

Nigeria and Libya were exempted from the cuts because their production had suffered disruptions on the back of unrest and militant attacks.

The cuts in production resulted in a significant rally in oil prices, with Brent crude, global oil benchmark, trading as high as $56 per barrel in February. But the rise in the United States’ crude output recently pared the gains.

The exemption of Nigeria and Libya from the cuts was also seen by some market watchers as a risk to the group’s efforts to curb a global crude glut as both have regained some volumes in recent months and are expected to add more soon.

OPEC will meet in Vienna on Thursday (today) to consider whether to prolong the original deal reached in December.

This is happening at a time when Nigeria and Libya are restoring output; Iraq plans new production projects and the US drillers continue to add rigs.

Militant attacks in the Niger Delta, which pushed Nigeria’s production to just over one million barrels per day at certain points last year, the lowest in decades, have abated since the start of this year.

The Chairman/Chief Executive Officer, International Energy Services Limited, Dr. Diran Fawibe, said Nigeria might come under pressure during the meeting to join others in cutting production.

“The minister representing Nigeria will have to make a strong case for Nigeria to be exempted. But it depends on how other member countries will view the case. We can only hope that they will continue to exempt Nigeria from the cuts at least for now,” he said

Fawibe said the country lost market share on the back of the resurgence of militant attacks on oil and gas facilities last year, adding, “What Nigeria is trying to do is to recoup the production losses.”

The Vice-President/Head of Energy Research, Ecobank, Mr. Dolapo Oni, said, “It is more or less a given that there is going to be an extension of the cuts in production. The question is how much and who will participate?

“I think Iran is trying to get Nigeria to participate. Clearly, I think there will be some pressure on Nigeria to join the cuts, especially since they know now that Forcados has been reopened and I think flow stations will start flowing from next week.

“The likelihood is that there will be a stronger pressure that Nigeria should join the cuts, which could be trouble for the country. I don’t see us having to make very large cuts anyway.”

Oni, however, said as long as the cuts would translate to higher oil prices, Nigeria would still be in a good place.

The Minister of State for Petroleum Resources, Dr. Ibe Kachikwu, had acknowledged that a fully-recovered Nigeria would likely be asked to share in the cuts, following the last OPEC meeting on November 30, 2016 when the production agreement was signed, according to Platts.

“I don’t expect that once you reach your volume you are going to have a free rein, so we probably have six months to get our act together and then hopefully zoom back out production and then we will be asked to contribute,” he told reporters.

The Chief Executive Officer, Oando Energy Resources, Mr. Pade Durotoye, told the Africa Independents Forum in London on Wednesday that the long-closed Forcados oilfield could be back to capacity by the end of June, enabling a return to nearly full production from the country.

“We think that the worst is behind us. Before the end of June, we will have Forcados back, which would take us comfortably back to 2.2 million bpd.”

OPEC heavyweights, Saudi Arabia and Iraq, agreed on Monday on the need to extend global cuts in oil supply by nine months in an effort to prop up crude prices.

The Saudi Energy Minister, Khalid al-Falih, said he did not expect any opposition within OPEC to extending the curbs for a further nine months, speaking after he met his Iraqi counterpart in Baghdad.

“We’re on the cusp of a rollover of the OPEC deal. We haven’t heard from Iran yet or how they plan to deal with Nigeria and Libya, which are coming back. If those two countries continue to recover, they have the ability to make up for the cuts made elsewhere,” the Director, Futures Division at Mizuho Securities USA Inc, Bob Yawger, was quoted by Bloomberg as saying.