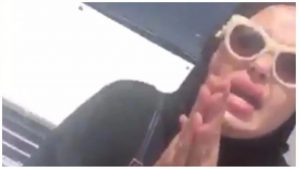 Two women were arrested by the Saudi Arabia police on Wednesday, May 17, for allegedly practising witchcraft after a video surfaced on social media. The women were seen in a video attempting to photocopy photos of talismans in a shop.
According to the Saudi police, the regional police followed up on a tip after they were notified of a video that surfaced on social media.
Police spokesperson explained that the video showed a woman who was holding some papers containing magic talismans. The spokesperson expressed that the other woman was arrested because she provided the papers to the suspect.
NAIJ.com gathered that the two women have been detained and charged by the Bureau of Investigation and Prosecution. It was discovered that the video of the women committing the act went viral after the shop owner interrupted the woman while she was printing the copies.
The shop owner said: “When I discovered the presence of talismans and magic papers, I told her that this magic is forbidden, and I will not allow you to photocopy those papers.” In the video which served as a proof that  the woman could be seen begging the shop owner not to report her to the Saudi police.
According to Saudi Gazzette, 215 people were arrested for practising magic in Saudi Arabia in the year 2012. In Saudi Arabia, the penalty of practicing witchcraft is a death sentence but it is usually not applied to suspects in many cases.
Source: ( Gossipnaij.com )