A police Sergeant identified only as Kennedy, Tuesday, shot his girlfriend and killed himself afterward in Potiskum town, Potiskum local government area of Yobe State.

According to Daily Trust, the incident happened around 11:45am inside the sergeants apartment located at Old Secretariat building, adjacent Potiskum police station in the state. 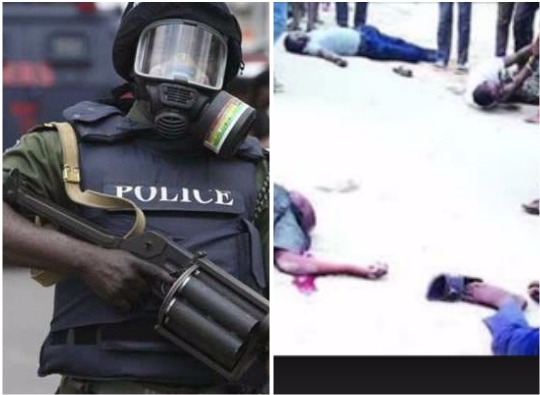 The State’s Police Commissioner, Abdumaliki Sunmonu, confirmed that the incident took place in the Sergeant’s house.

According to the CP, the Sergeant was in the room with his girlfriend when the gunshots were heard.

He said, “Later on, it was discovered that the sergeant shot his girlfriend, and shot himself. They were both taken to the hospital. While the Sergeant was confirmed dead, the girlfriend was in a critical condition.”

Sunmonu added that since Kennedy was alone with the girlfriend when the incident happened, only preliminary investigation can reveal what actually transpired.

A Neighbour of the police officer also told the newspaper that the deceased usually have problem with the girlfriend.

“They were having some issues these days, blaming the Margi lady of having extra affairs, but nobody suspected he would do something like that, ” he said.