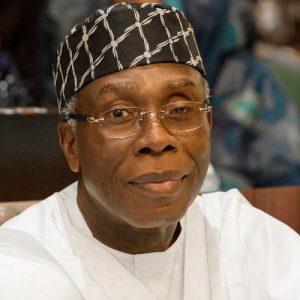 The Minister of Agriculture, Audu Ogbeh, on Tuesday has assured Nigerians that the Price of Rice will fall and be bought at the right price by  next month.

Ogbeh told Nigerians said he would be meeting the acting president, Prof. Yemi Osinbajo and the Minister of Finance, Mrs Kemi Adeosun to fashion out ways of reducing the high cost of local rice.

“In the next one month, you’ll have Nigerian rice in the shop at the best price we’ve ever had,” the minister said.

The agriculture minister lamented that imported rice is still cheaper than locally produced rice, despite government efforts to reverse the trend.

Ogbeh attributed this to the fact that most of the imported rice was subsided by foreign governments.

He said most of the imported rice are from Vietnam, India and Thailand.

Thailand subsidises the export of rice, the minister said.

Another reason for the high cost of local rice, the minister said, is the price of diesel to run generators in the farms.

The minister said the federal government was very concerned about the high cost of local rice and he would be having a meeting with Acting President Yemi Osinbajo and Finance Minister Kemi Adeosun to discuss rice prices among other matters.

The federal government through its Anchor Borrowers Programme has invested billions of naira in assisting mainly local rice farmers, with rice being the country’s most consumed food.