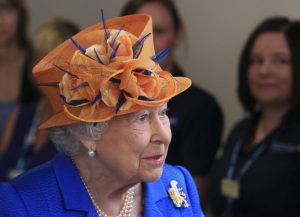 Queen Elizabeth II on Thursday visited in hospital some of the children injured in the Manchester terror attack which killed 22 people.

In images broadcast on British television, her royal majesty was seen arriving at Royal Manchester Children’s Hospital, where some of the 64 people injured in the attack are being treated.