The Yobe State government has began the distribution of food to residents in the 27 local government areas of the state as the holy month of Ramadan begins today (Saturday ). 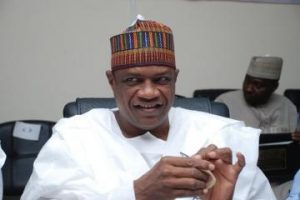 The handout was shared from the reserve of grains and other related consumables that came to the state from donation to victims of Boko Haram.

The distribution was coordinated by the state’s committee on Reconstruction, Rehabilitation and Resettlement of Boko Haram victims, which is chaired by the state deputy governor, Ali Abubakar, in conjunction with the State Emergency Management Agency, SEMA.

Yobe’s Commissioner for Education, Mohammed Lamin, who said the governor, Ibrahim Gaidam, had directed that all food donations made to the state be evacuated and distributed to the people rather than keeping them in the store.

He said the governor’s decision was to ensure that sufficient food quantities reached all parts of the state during the Muslim lent period.

“The supply will bring succour and alleviate the dire need of the people, which is food,” he said.

On how the food would get to the right people, the commissioner said the government had put up a committee at the local government level which involves all the Sharia committee chairmen, groups of disabled people, and members of the vulnerable groups so that the food gets to all segments of the society.

He warned that the government would not tolerate diversion of food by any official.